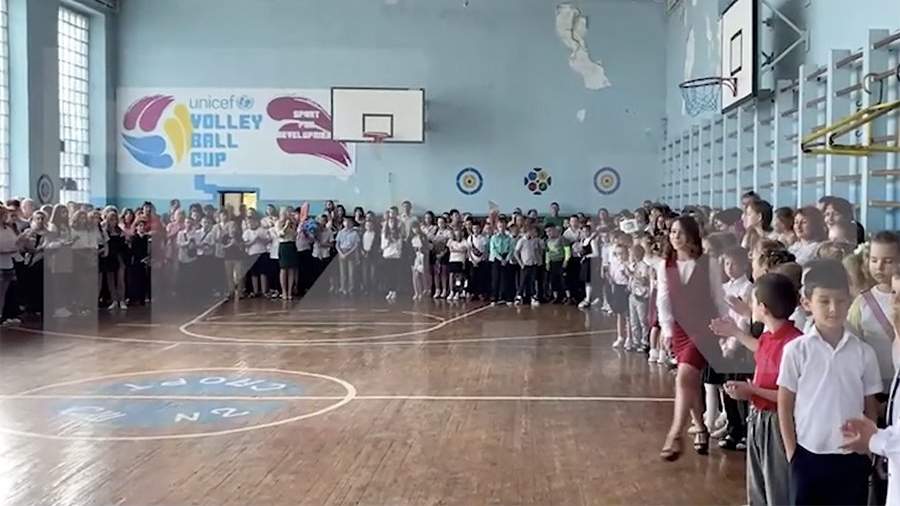 The first bell rang in Energodar schools in Zaporozhye region. This was reported by the correspondent of “Izvestia” Roman Polshakov.

The celebration of the Day of Knowledge on September 1 did not take place due to the shelling of the city by the Armed Forces of Ukraine.

Now educational institutions were able to hold lines in a festive atmosphere.

Alexander Volga, head of Energodar’s administration, spoke at one of the schools.

“In this short period, we have become one big friendly family … We will continue our policy on the territory of the city in order to create, direct and act in the direction of education and support for children in our city. Because you are our main wealth,” he said.

The day before, on September 2, military personnel of the Brave group brought food kits and school supplies to pupils of a boarding school for children with a delay in psychological development in the Luhansk People’s Republic (LPR).

The day before, on August 31, it was reported that the Russian military of the Western Military District (ZVO), on the eve of the start of the school year, delivered textbooks and school supplies for students in the Kharkiv region.

On August 21, Prime Minister of the Donetsk People’s Republic Vitaly Khotsenko announced that more than 200,000 textbooks for schools in Donetsk, Mariupol, Debaltseve, Volnovakha, and the Amvrosievsky district had been delivered to the capital of the DPR.

The special operation to protect Donbass, the beginning of which Russian President Vladimir Putin announced on February 24, continues. The decision to hold it was made against the background of the aggravation of the situation in the region due to shelling by the Ukrainian military, in connection with which the authorities of the Donetsk and Lugansk People’s Republics turned to Moscow for help.