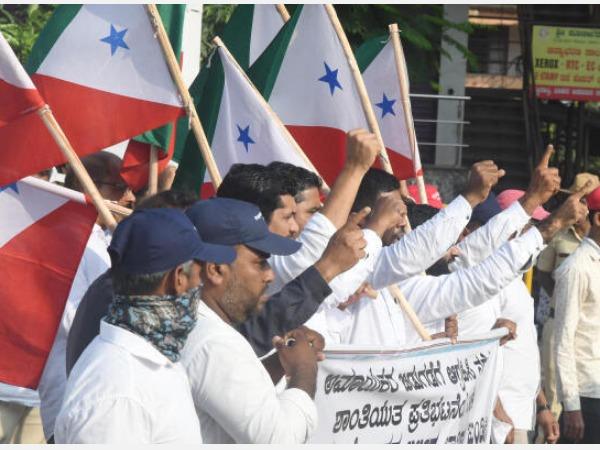 Bangalore: The organization has condemned the action of the Enforcement Department in suspending the bank account of the Popular Front as an abuse of power and a denial of democratic rights.

The Popular Front strongly condemns the suspension of bank accounts owned by the Popular Front organization by the Enforcement Directorate (ED). This latest move by the Enforcement Department is part of a series of repressions against the organization over the past few years. It is once again clear that such agencies act as mercenaries for political movements, NGOs, human rights organizations, the opposition, the media and any democratic voice critical of the ruling party in the country.

According to the Enforcement Department, the deposit is normal for 13 years for the functioning of a nationally wide-ranging social movement such as the Popular Front.

It is noteworthy that this amount also includes deposits collected by the people for the major disasters faced by the country by doing many relief, rescue operations and services exemplary by the Popular Front. The figures provided by the Enforcement Department are not surprising,

And an agency like the Enforcement Department does not need any major investigation. Because we have already filed every penny collection with the Income Tax Department.

Yesterday’s events prove that reporting statistics is nothing more than causing a stir in the media. Another important fact to note is that many media outlets reported that the Popular Front had collected Rs 120 crore by 2020. They have now refuted their previous bogus claim by releasing an enforcement report of Rs 60 crore.

This incident has once again proved that these agencies target organizations like ours and provide fake information to the media.

Bank accounts of world-renowned NGOs such as Amnesty International and Greenpeace were similarly frozen. Fearing retaliation by the Enforcement Department in the form of intelligence, there is already a tendency in the country for corrupt politicians from all parties to join the BJP to save their dirty assets.

While the corruption and black money transactions of the BJP leaders are in the crores, the enforcement department has no qualms about it. The BJP has always misused the enforcement agencies and other agencies to target and silence anti-government voices.

The Popular Front is a democratically functioning organization. It is made up of people from oppressed sections and the Popular Front has won the trust of millions of people across the country. So people help our organization with their donations. For this reason the organization has a policy of making any small and large financial transactions transparent from the outset.

People are well aware that the uncompromising stance taken by the Popular Front against the divisive politics of the Sanghwara organizations is the only reason why the organization is embroiled in politically motivated cases.

The Popular Front will boldly take a firm stand and oppose the evil plans of the RSS. Such actions of the enforcement department will never threaten us. We will explore all legal and democratic possibilities to overcome these obstacles.

The Popular Front has called on the people of the country who are committed to defending democracy to condemn this anti-democratic move and abuse of power by the BJP-led central government.
Thus he said.