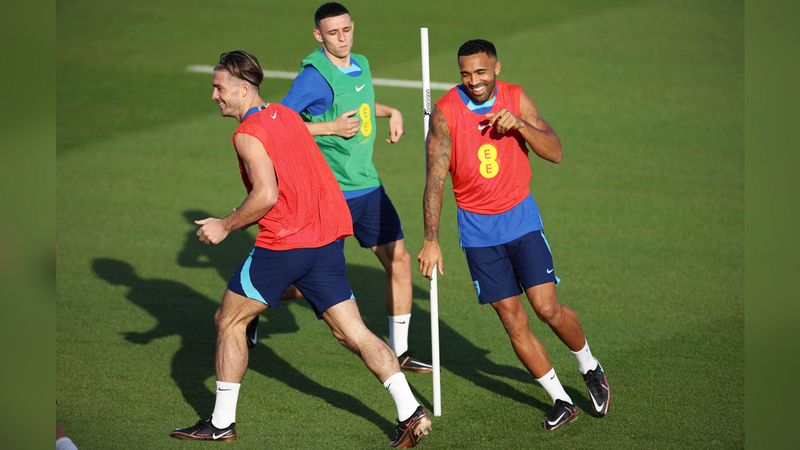 After wasting the opportunity to qualify for the last round with a goalless draw with the United States, England will need a point from its confrontation today with its neighbor Wales, to ensure its passage to the final price of the Qatar World Cup.

At Ahmed Bin Ali Stadium in Al-Rayyan, the English hope to recover something from the level they presented in the opening match against Iran, when they swept it 6-2.

The “Three Lions” team relied on its record against its Welsh neighbor, who was defeated in the last six confrontations, including one in the 2016 European Cup Finals (1-2 in the first round), and the last of which was a 0-3 friendly in October 2020.

The England national team, seeking to win the title for the second time in its history, after 1966, when it hosted the World Cup on its stadiums, has the best chances of qualifying, as a draw with Wales suffices it to officially qualify, without looking at the outcome of the match between America and Iran.

On the other hand, the task of Wales, who is participating in the World Cup for the second time in his history, and the first in 64 years, seems to be the most difficult to pass the group stage, as he must beat England by 4 goals, without looking to meet the other in the group, in order to equal with him in the balance of 4. points, and is bettered by goal difference.

England scored 6 goals and conceded two goals, while Wales scored one goal and conceded three goals, which means that Wales’ victory by 3 goals would not be in their interest, as both teams would be equal in that case in the same points and goal difference ( +1), so that the number of goals scored by each team in its campaign in the group is the decisive factor in determining the qualified team from them, which in that case will be in the interest of the England national team.