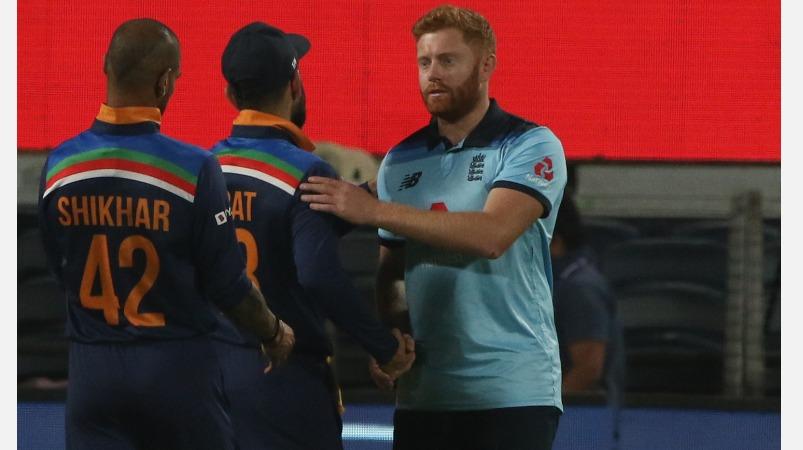 England won by 6 wickets in the 2nd ODI against India in Pune yesterday afternoon thanks to Burstow’s unbeaten century, Ben Stokes’ action and Jason Roy’s performance.

Batting first, India scored 336 for 6 in 50 overs. Chasing 336, England lost 4 wickets and reached the target with 39 balls to spare, winning by 6 wickets.

With this victory, both the teams are tied at 1-1 with one win each in the three-match ODI series.

Who batted to challenge the Indian team Burstow He scored 124 off 112 balls (7 sixes, 11 fours). He was awarded the Man of the Match award. Rahul, who fought for the Indian team, wasted no time.

Burstow relaxed at the start and then Rudrathanthavam. Missed a century in the first match Burstow Didn’t make that mistake in this match. Burstow, who hit a half-century off 45 balls, hit a century off 95 balls.

Not to mention another player’s game as well. Ben Stokes. Ben Stokes has proved that this is the normal game. Stokes, who has never been sober in the Indian series, proved it yesterday. It will be recalled that Stokes had revealed a similar game in the last IPL series.

Tearing up the bowling of the Indian team players Ben Stokes Hung up. Stokes, who has been in action since coming on the field, was out for 99 off 52 balls. This includes 10 sixes and 4 fours.

The thing to note about Ben Stokes is that Stokes, who hit a fifty off 40 balls, piled up 49 off the next 11 balls. 6,6,6,1,6,4,2,6,6,2,4, Bhuvneshwar Kumar bowled close to Stokes’ century, which whitewashed Indian bowling. There is no denying that Stokes deserves the man of the match award.

Stokes for the 2nd wicket, Burstow The Alliance added 175 runs. Burstow, Roy added 110 for the opening wicket. It was these two partnerships that brought success.

Jason Roy gave the England team a dramatic start. Jason Roy scored 39 of the 59 runs scored by England in the Powerplay. Burstow Jason Roy smashed the Indian bowling while playing casually in the beginning. Prasidh Krishna flew fours in the Bhubaneswar over.

Burstow and Jason Roy have formed a partnership of over 100 runs for the 13th time in an international tournament. This is the most common pair of England players. These 3 players are fully responsible for the success of the England team. 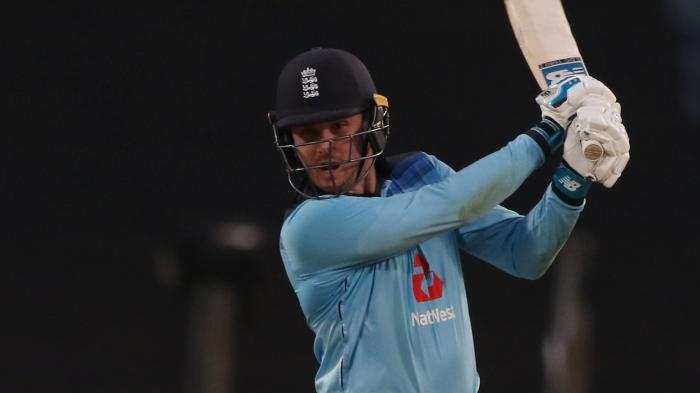 The reason for the success!

Another reason for England’s success is the pitch. Pune pitch is the most, most exciting favorable pitch for batsmen. It may be recalled that the Indian team chased over 340 runs on the same pitch 4 years ago.

Even if the Indian team had scored 400 runs on a pitch favorable for such batting, it could have been chased by a world-class England team.

The 336 runs added by the Indian team is definitely not a bad score. But with 39 balls to spare, England can easily chase 336 runs with nothing left on the field. 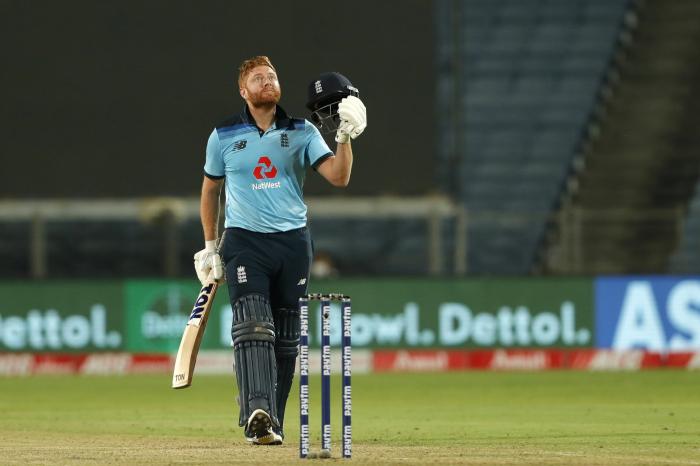 But, don’t make that mistake in this match. The England team, which played carefully without losing wickets quickly, was able to easily touch the victory.

The England team also performed somewhat well in bowling. In particular, Moin Ali bowled 10 overs, giving up only one four and giving away 47 runs. Samkaran, Doble and Rashid all took wickets despite conceding just 6 runs.

The England team’s “game plan” is clear. Their plan is to win the T20, or any one-day match, by scattering the opponent’s plans and confusing them. They show it in every match. Captain Morgan insisted on the same thing during the defeat in the last match.

Kuldeep Yadav and Kurnal Pandya are both pathetic in the Indian team. The duo together have given the board 156 runs without taking any wickets.

Bowling inexperienced players on pitches like this that do not help bowling will shatter the little confidence they have. 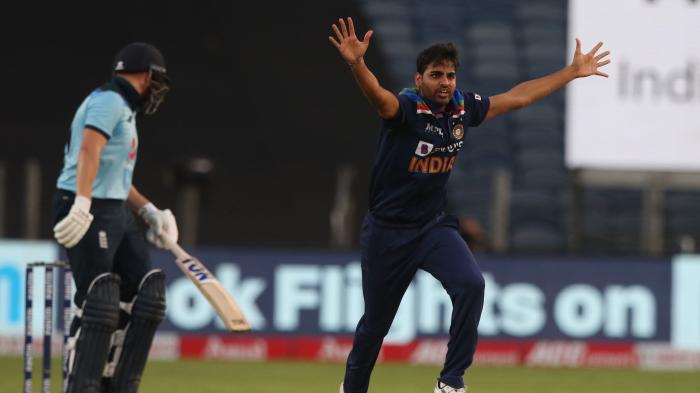 There is no point in criticizing this game as far as the Indian team is concerned.
The biggest setback was the loss of Rohit Sharma, Thawan, early in the innings. Lined up without adding runs in the powerplay, the goalie and the Rahul alliance played patiently as two wickets fell and the run pace slowed.

This score would not have come if Rishabh, Rahul and Hardik had not played in action last time. Ishant Kishan and Suryakumar Yadav may have fielded batsmen like Thawan, Kuldeep and Kurnal Pandya.

The goalie must also focus on the selection of players in the last game. Natarajan, Washington, Ishant Kishan, Suryakumar and Siraj should be given a chance as they are ready for the next stage without giving a chance to Thawan, Kuldeep and Kurnal Pandya who are not in form.

The score of the Indian team on such a pitch will not be enough. It would have been a challenge if he had scored an additional 50 runs. 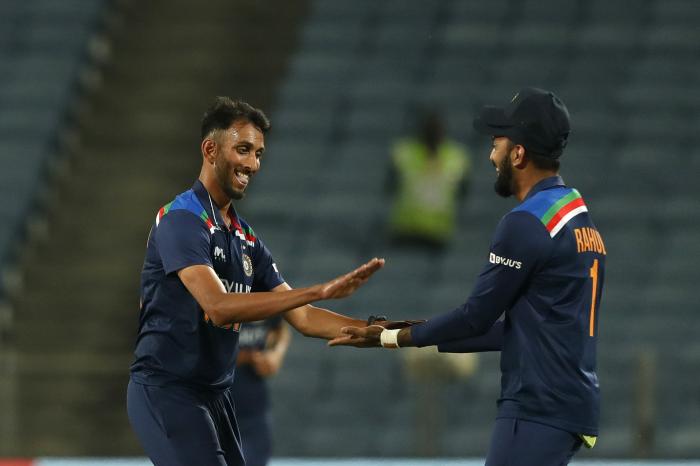 The Indian team was able to take the victory easily as they took wickets in the first match. It was very difficult to take wickets in this match and after stumbling for a long time without taking a wicket, the victory flowed to England. It was a pity that Captain Collie was squeezing his hand and biting his nail while Burstow was smashing Stokes.

England won the toss and elected to field Rohit Sharma started the innings. Double caught Stokes in the 4th over and was out for 4.

Goalie, who came next, joined Rohit. Rohit Sharma was dismissed for 25 in the 9th over by Sam Karan after Rashid was caught by Backward Square. The Indian team stumbled, losing 2 wickets for 37 runs. In 10 overs, the Indian team added only 41 runs for the loss of 2 wickets. 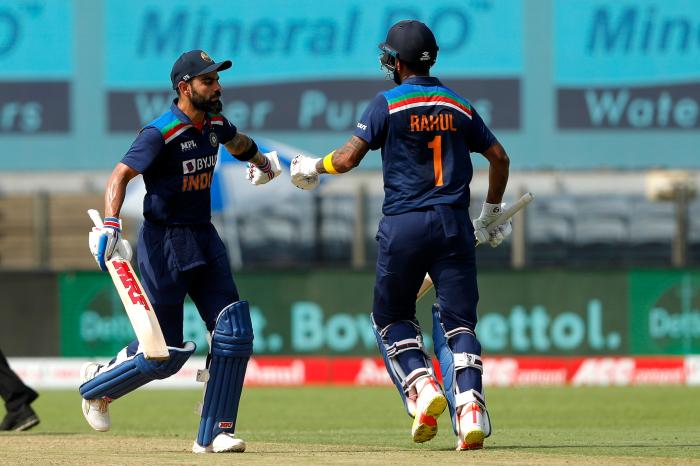 KL Rahul batted for the 3rd wicket and joined the goalie. Both relaxed runs together to rescue the team from the slump. When the goalie added 35 runs, wicketkeeper Butler missed a catch in Rashid’s bowling.

Rashid caught Butler in 32 overs and the goalie was dismissed for 66. In international cricket, Rashid bowled for the ninth time. Rahul and Kohli split for 121 for the 3rd wicket. 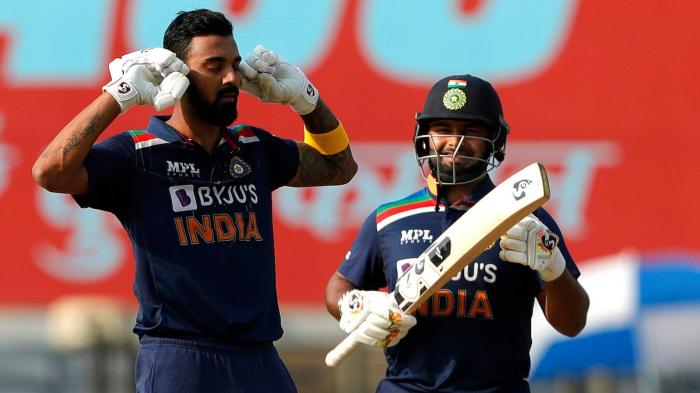 Rishabh batted for the 4th wicket and joined Rahul. Only then did the team’s score begin to soar at rocket speed. Rishabh started his innings by hitting the first six off Rashid bowling. Rishabh then bowled for England.
In particular, in the 41st over, Stokes threw two sixes in a row and Vlasi Rishabh hit a fifty off 28 balls.

Rahul, for his part, also hit fours and sixes to lift the score. Rahul completed his 5th century in 108 balls.

Tom Karan then bowled a catch in the midwicket direction and Rahul was dismissed. Rahul was out for 108 with 2 sixes and 7 fours. The duo added 113 runs for the 4th wicket. 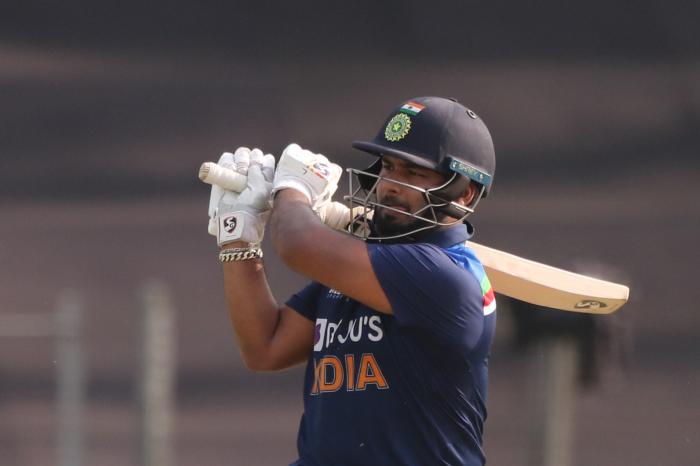 Hardik Pandya, who came next, joined Rishabh Ball. Hardik Pandya blasted two sixes for his part. The team’s score crossed 300 runs due to a two-match series.
Rishabh returned to the pavilion with Tomkaran bowling for 77 runs. Hardik Pandya was dismissed for 35 off 16 balls. Colonel Pandya was unbeaten on 12 runs.

India have scored 336 runs for the loss of 6 wickets in 50 overs. For England, Tom Karan and Dopley took 2 wickets each.