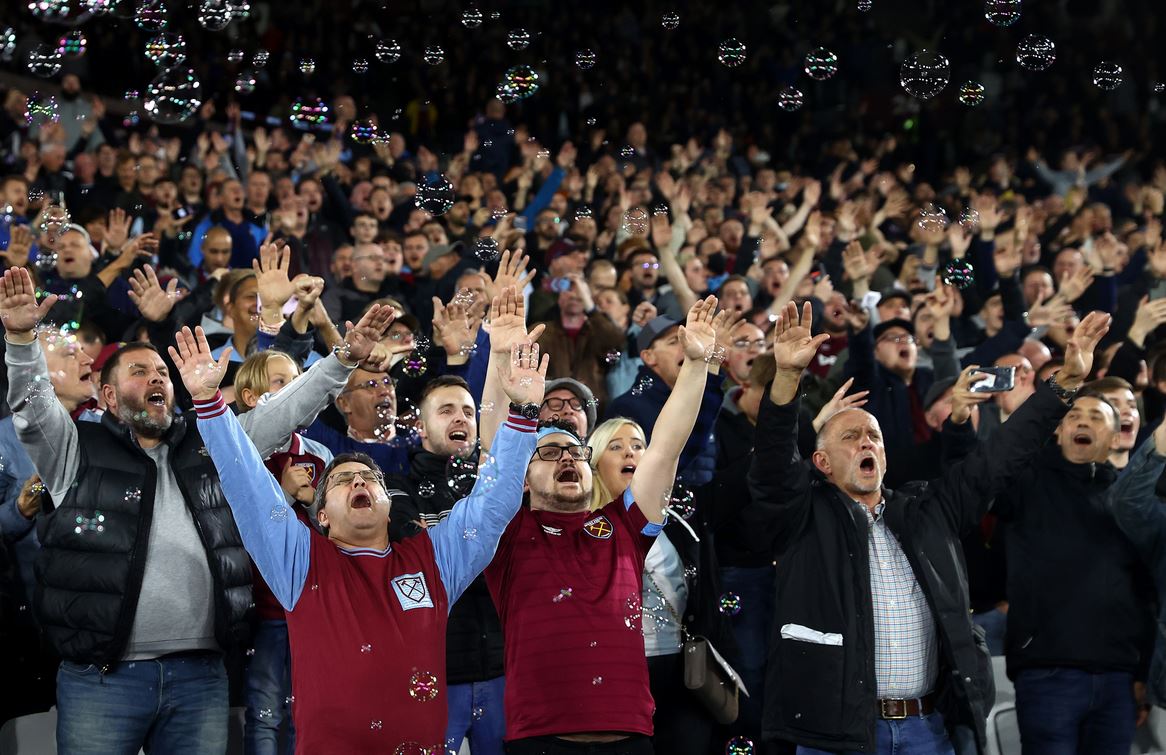 German police said that a group of West Ham United fans were attacked and one of them was taken to hospital with minor injuries today, ahead of tomorrow’s European Football League semi-final second leg against Eintracht Frankfurt. Police said in a statement that two pickup trucks stopped outside a bar where West Ham fans had gathered in the early hours of this morning.

It added that a group of 15 to 20 people, who witnesses said were Eintracht supporters because of the masks they were wearing, got off the trucks and entered the pub and attacked the group of British fans, one of whom was slightly injured. Then they returned to the vehicles and left the scene. Police said they were unable to locate the two vehicles, one of which had a local number plate. “The injured guest, a 34-year-old Briton, was taken to a hospital for treatment,” Frankfurt police said in a statement. There is a high state of tension before the second leg after Eintracht won the first leg 2-1 in England, as the two teams seek to reach their first European final in more than 40 years.