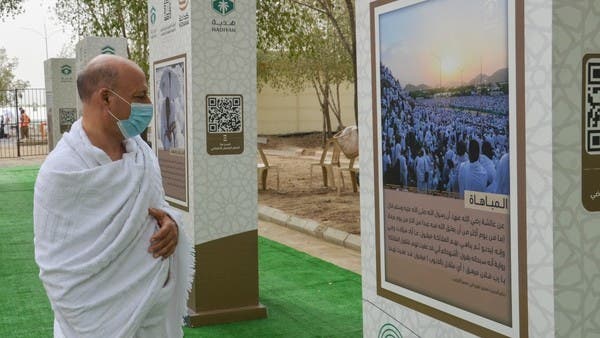 Hatem Moumena, CEO of Kadana Company, said in a statement to Al Arabiya.net: The exhibition aims to enrich the experience of the pilgrims, by broadcasting digital materials about each poetry, pictures and detailed information about the landmarks of the holy sites.

While the Director General of Hadiya Mansour Al-Amer Association, explained that the exhibition contains 10 pillars, which are “The Story of Al-Mashar, Kings in the Service of Pilgrims, the First Meeting, Sixty Thousand from Heaven, Historical Mosques, Mina Wells, Mina Mountains, History’s Memory, Run with Your Leg, and the Present.” Al-Mashreq”, and there are digital paintings of films that reflect the development of the holy feelings during the hundred years.

Enriching the knowledge of pilgrims through the exhibition

He stated that today the exhibition “Between Thabeer and Al-Sabeh” was inaugurated, the two eastern and western mountains between which the Mina Valley is located. As soon as the exhibition was launched, men and women pilgrims began to visit the exhibition, learn about its historical pillars, and about the bright present of the holy sites.

Al-Amer added: “The Rocks Exhibition in Arafat, which was hosted by the Al-Raqiya campaign in 24 corners, contains all the enriching information about Arafat’s poetry in both Arabic and English, with a digital barcode through which the exhibition can be visited virtually. Throughout the journey of faith to perform the rituals of Hajj.

The Clubhouse scandal… The data of 3.8 billion users is up for sale