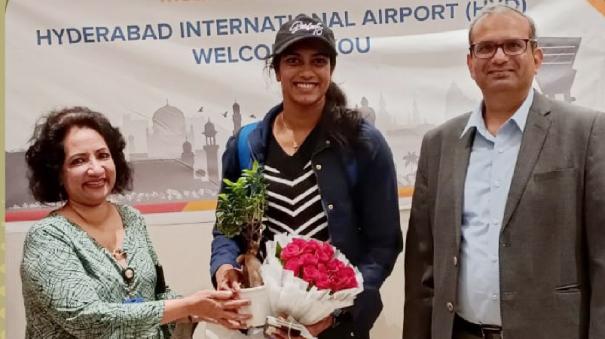 Similarly, Kidambi Kant won the bronze medal in men’s singles, while Satwik Sairaj Rangi Reddy and Shirak Shetty won the gold medal in men’s doubles. All of them arrived in Hyderabad by air yesterday. They were given a warm welcome at the airport after returning with medals. PV Sindhu’s father Ramana says, “It is a great pleasure that Sindhu won the gold medal. This is the first time that India has won gold in Badminton Commonwealth Games,” he said.