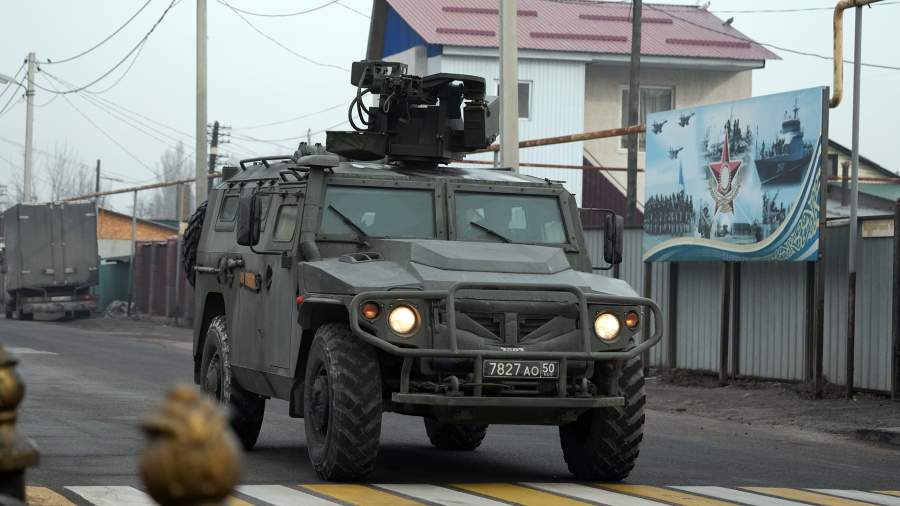 Russian peacekeepers of the CSTO forces and equipment will be delivered from Kazakhstan to Russia on Saturday, January 15. This was reported in the press service of the Ministry of Defense of the Russian Federation.

Russian Aerospace Forces aircraft Il-76 and An-124 will land in the Ivanovo and Moscow regions.

“Today, 15 Il-76 aircraft and three An-124s of the military transport aviation of the Russian Aerospace Forces will deliver the personnel and equipment of the Airborne Forces units that have completed tasks as part of the CSTO collective peacekeeping forces to airfields in the Ivanovo and Moscow regions,” the message says.

Upon arrival, the units will make marches on standard equipment to their permanent deployment points.

On January 2, protests began in Kazakhstan due to the rise in prices for liquefied gas. In some cities, rallies escalated into riots. The situation has become especially aggravated in the largest city of the country – Alma-Ata. The protesters, among whom, according to the authorities, turned out to be extremists, broke into the administration building, set fire to the prosecutor’s office, the office of the ruling party and seized the presidential residence. During the riots, 17 security officials were killed, two of them were beheaded. The country’s authorities said that such brutal actions indicate a terrorist threat.

Amid the unrest, President of Kazakhstan Kassym-Jomart Tokayev turned to the CSTO (it includes Russia, Belarus, Kazakhstan, Kyrgyzstan, Tajikistan and Armenia) for help in overcoming the terrorist threat. On January 12, he announced the completion of the CSTO peacekeeping operation in the country. The final withdrawal of peacekeepers is planned to be completed on January 19.