Erdogan: Sweden and Finland cannot join NATO without our consent 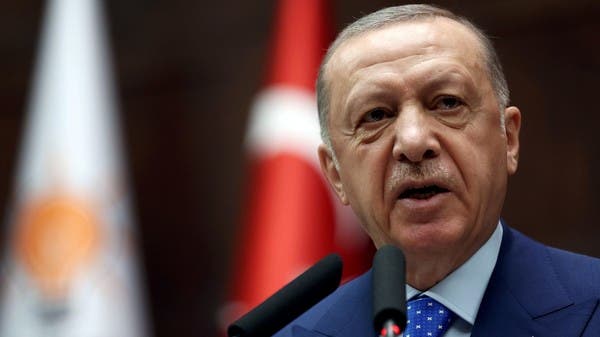 In a new chapter of criticism directed by Turkey during the past few days to Sweden and Finland, confirming its refusal to join NATO, Turkish President Recep Tayyip Erdogan reiterated the same position.

In his statements, today, Wednesday, he considered that the two countries cannot join the alliance without the consent of his country. He stressed that Ankara will not change its position on this file until it finds satisfactory and clear answers to its concerns, and sees evidence of that.

He also considered that NATO did not provide the necessary support for us to destroy terrorist organizations. He said: The alliance is a security organization, not a supporter of those organizations.

He stressed that countries that seek to join NATO should stand in solidarity with his country in order to fight a common enemy, in reference to the Kurdistan Workers’ Party, which Turkey classifies as a terrorist, and the organizations and politicians in solidarity with it.

He also accused Sweden of providing $350 million in support of the Kurdistan Workers’ Party (PKK), with which it purchased missiles and weapons, according to his claim.

He described European countries as becoming platforms through which terrorist organizations speak.

It is noteworthy that Finland and Sweden applied last month to join the alliance, abandoning years of neutrality and non-alignment, in light of the military operation launched by Russia in Ukraine last February, which reinforced their fears.

However, Ankara, which accuses the two countries of harboring members of the “Kurdistan”, which it classifies as a terrorist, announced its refusal to accept this accession, demanding that it stop its support for this party and hand over a number of wanted persons. As well as lifting the embargo on arms exports to it.