Erdogan: Sweden and Finland’s accession to NATO is a wrong step 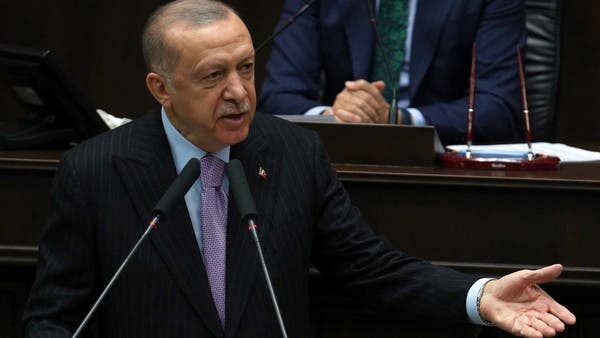 With the acceleration of pace over the file of the possibility of Finland and Sweden joining NATO, Turkish President Recep Tayyip Erdogan considered that such a step, if taken, would be “wrong”, as was Greece’s accession to the NATO treaty.

In statements to reporters today, Friday, he said that he “does not want to see a repeat of the same mistake that was made when Greece joined,” accusing Stockholm and Helsinki of “harboring terrorists from the Kurdistan Workers’ Party,” as he put it.

The President of Finland, neighboring Russia, and its Prime Minister confirmed yesterday that they support the rapid progress of their country’s application for NATO membership, paving the way for an official announcement of the membership application in the coming days.

Sweden’s Prime Minister Magdalena Andersson is still studying the issue, with the ruling Social Democratic Party he headed on Sunday to decide its position.

Meanwhile, Moscow has repeatedly warned the two countries against taking such a step, stressing that it will not go unnoticed, but rather will respond to it with “technical and military measures.”

It also considered that the arrival of NATO, which it describes as spearheading against it in the current conflict with the West, to the Russian borders, may ignite a war and expand the conflict in Europe.

Any expansion of NATO raises the ire of Russia, which has historically resisted any expansion towards the east, and strongly condemned any indications that Ukraine might even join it.

It is noteworthy that the military operation launched by Russia on Ukrainian territory on February 24, exacerbated the fears of Sweden and Finland alike, and apparently encouraged them, in a historical shift, to seek to join NATO, despite their previous decades of adopting a policy of non-alignment.