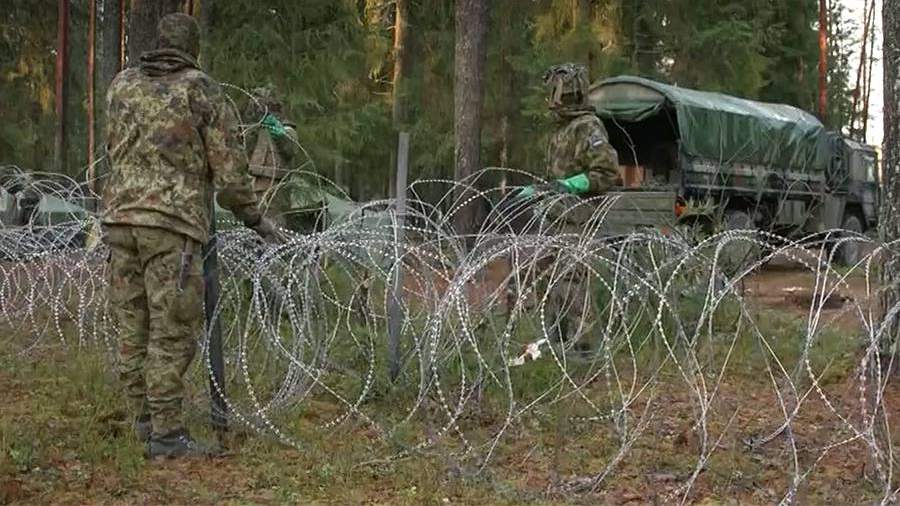 The Estonian military, together with the police and border guards of the republic, began the construction of temporary barriers on the border with Russia. This was announced on November 19 by the ERR television and radio corporation.

It is expected that as a result of the work carried out, the border section on the dry bed of the Narva River will be made safer. The materials needed for the construction were sent to the border on November 19 in the evening.

By the evening of November 21, it is planned to renovate a 2.5 km section of the border. It was used for illegal border crossings.

“This will be a signal for everyone who crosses the border, the dry river bed is not a suitable place to cross the border,” said the prefect of the region Tarvo Kruup.

Work has also begun in the north-east of the country in Narva in the Kuivayigi river bed, as well as in the south-east in the village of Meremäe and on the Piusa river.

On November 17, it was announced that additional training camps “Okas 2021” (Ship 2021) began in Estonia. As part of the exercises, temporary barriers are being erected on the border with Russia.

According to the general director of the department, Elmar Vaher, the events in Lithuania, Latvia and Poland related to the migration crisis require strengthening of the border infrastructure.

On November 15, it was reported that the State Security Commission of the Estonian government proposed to strengthen the border with Russia with the help of a temporary barbed wire fence.

The crisis on the border of Belarus with Latvia, Lithuania and Poland escalated sharply on November 8 due to the increased flow of migrants. Several thousand people approached the Polish border from the Belarusian side. Some tried to break through the fences, others organized camps and remained in the border zone.

The EU countries blame Minsk for the incident. Great Britain, the United States and the EU states on November 12 agreed that the Belarusian authorities had artificially created a migration crisis.

According to the country’s Prime Minister Mateusz Morawiecki, the purpose of this attack is to create chaos in the European Union. He also expressed confidence that the current events are part of Russian policy.

Russian President Vladimir Putin pointed out that the accusations of Russia’s involvement in the situation on the border of Poland and Belarus are “an attempt to shift problems from a sore head to a healthy one.” He also called on countries to deal with their own internal problems, and not pass on their own issues to others. Minsk categorically rejects any involvement in the crisis.