Ethiopia responds: Sudanese soldiers who crossed the border in a provocative manner 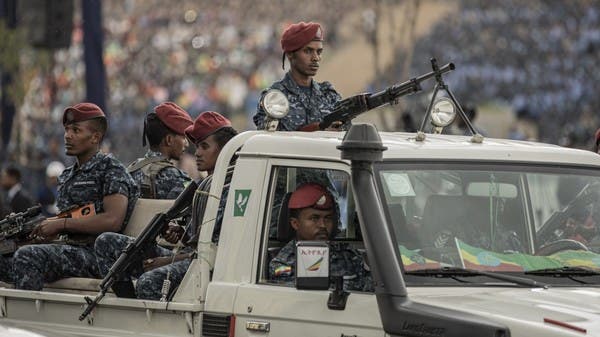 Today, Monday, Ethiopia commented on the execution of seven Sudanese soldiers and a civilian, and expressed its regret “due to loss of life as a result of skirmishes between the Sudanese army and the local militia.”

A statement by the Ethiopian Foreign Ministry stated, “The Ethiopian government learned of the tragic incident that occurred on the joint Ethiopian-Sudanese border on June 22, 2022, and the incident occurred inside Ethiopian territory after the incursion of a unit of the Sudanese regular army backed by terrorist elements from the Tigray People’s Liberation Front.”

The Sudanese Foreign Ministry said that what the Ethiopian army had committed was a heinous crime that goes against the principles of international humanitarian law, stressing that Khartoum reserves “the full right to defend our lands and the dignity of our citizens.”

In a statement, the Sudanese Foreign Ministry stated: “The Ministry of Foreign Affairs of the Republic of Sudan condemns in the strongest terms the heinous crime committed by the Ethiopian army, which violates the principles of international humanitarian law, by killing seven prisoners of Sudanese soldiers and a civilian citizen after they were kidnapped from inside Sudanese territory on June 22, 2022 AD, and taken into the territory. Ethiopian women, killing them and mutilating their bodies in public.”

While the Ministry of Foreign Affairs condemns this inhumane behavior, it would like to remind that Sudan hosts more than two million Ethiopian citizens who enjoy decent treatment and share with the Sudanese people its resources and livelihood in generosity and tolerance.