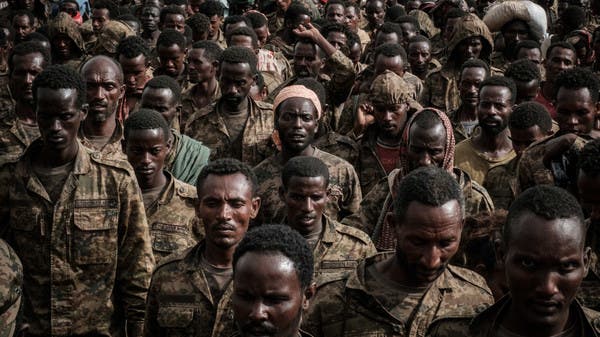 Ethiopian police have detained hundreds of ethnic Tigrayans in Addis Ababa since federal government forces lost control of the Tigray capital on June 28, according to some of those who said they were released.

It is the third wave of arrests in the Ethiopian capital in what dozens of Tigrayans, rights groups and lawyers have described as a nationwide crackdown on ethnic Tigrayans since November, when fighting erupted between the army and the Tigray People’s Liberation Front in the far north of the country.


Authorities in Addis Ababa said they had recently shut down a number of companies owned by Tigrayans over alleged links to the Tigray People’s Liberation Front, which the government designated a terrorist organization in May and dominated Ethiopian politics for three decades until 2018.

But Addis Ababa police spokesman Fasika Fanta said he had no information about the arrests or the closure of businesses.

“People may be suspected of a crime and arrested, but no one has been targeted because of their race,” Federal Police spokesman Gilan Abdi said.

The Ethiopian attorney general had previously said that there was no government policy to “purify” Tigray officials. He said he could not rule out that some innocent people might be arrested, but the Tigray People’s Liberation Front has a large network in Addis Ababa and Ethiopia should be careful.

Officials in the Prime Minister’s Office, the Attorney General’s Office, and the Government Working Group on Tigray Affairs did not respond to requests for comment on released detainees’ reports of the arrests, or on individual cases.

Tesvalim Barhi, a lawyer who belongs to an opposition party in Tigray, told Reuters that he learned of the arrest of at least 104 people from the region in the past two weeks in Addis Ababa and five in the eastern city of Dire Dawa.

He added that the names were provided by colleagues, friends or relatives, and that most of the detainees were hotel owners, merchants, aid workers, day laborers, shop owners or waiters.