Ethiopia’s battles are approaching the capital… and Abi Ahmed: I will join my soldiers on the front 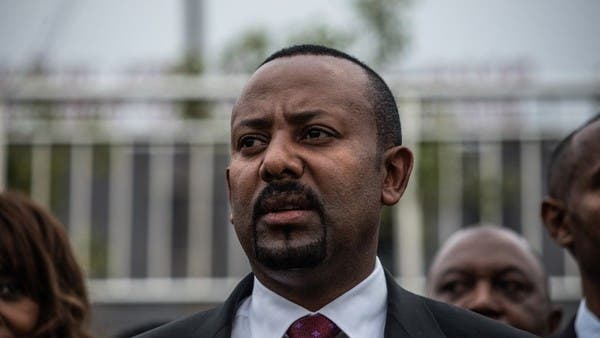 The Ethiopian Prime Minister, Abi Ahmed, announced that he will go to the front today, Tuesday, to lead his soldiers who are fighting the forces of the Tigray People’s Liberation Front, at a time when the battles are getting closer and closer to the capital, Addis Ababa.

“I will go to the front to lead our armed forces,” Abi Ahmed said in a statement posted on his Twitter account.

Addressing his people, he added: “Those who want to be Ethiopians for whom history will open its arms, defend the country today. They met us at the front.”

In another tweet, he wrote: “We have a history of preserving the name Ethiopia.”

The war that erupted on November 4, 2020 in the Tigray region (in the north) between the federal forces and the Tigray People’s Liberation Front backed by the Oromo Liberation Army, resulted in the killing of thousands and the displacement of more than two million people.

The Prime Minister’s statement came at a time when the Tigray People’s Liberation Front confirmed its continued advance towards Addis Ababa, noting that it had taken control of the town of Shewa Rubet, located about 220 kilometers from the capital.

The prime minister issued his statement following a meeting on the current military situation held by the executive committee of the ruling “Prosperity” party.

At the conclusion of the party meeting, Defense Minister Abraham Pillay announced that the security forces would engage in “a different business,” without providing further details.

“We cannot continue like this, which means that there will be change,” the minister said.
He added, “What happened and what is happening to our people of atrocities committed by this destructive terrorist and bandit group cannot continue.”

On November 2, the federal government declared a state of emergency for six months in all parts of the country and called on the residents of Addis Ababa to organize their ranks and prepare to defend their city, in light of the growing fears of the progress of the Tigrayan People’s Liberation Front fighters and their allies towards the capital.

At the same time, however, the authorities assert that the Tigray Liberation Front’s declarations of military progress and an imminent threat to Addis Ababa are exaggerated.

Addis Ababa sent its forces to Tigray to overthrow the region’s authorities stemming from the Tigray People’s Liberation Front, after the Prime Minister accused the region’s forces of attacking federal army posts.

In the wake of fierce battles, Abi Ahmed declared victory on November 28, but the fighters of the front soon regained control in June of the greater part of Tigray before advancing towards the neighboring regions of Afar and Amhara.

The US envoy to the Horn of Africa, Jeffrey Feltman, and his African counterpart, former Nigerian President Olusegun Obasanjo, are making unremitting efforts in an attempt to reach a ceasefire.