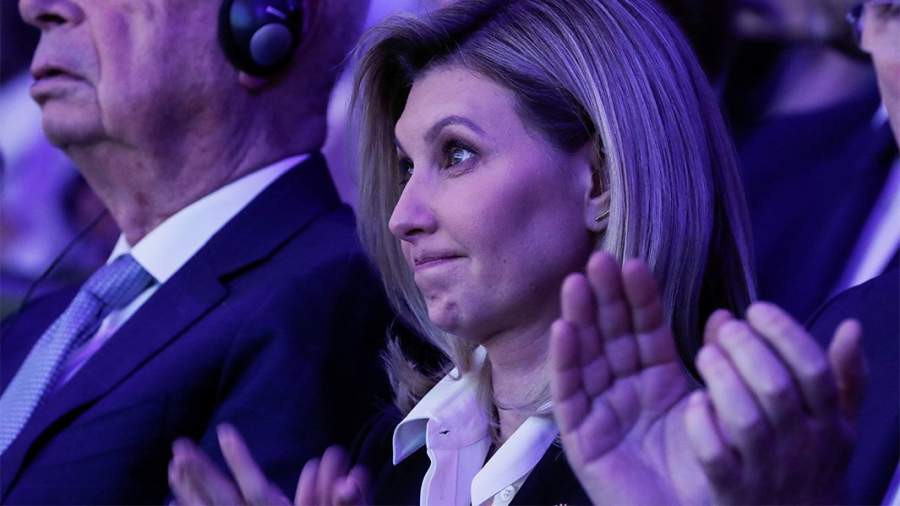 The wife of President Volodymyr Zelensky demonstrated her uncertainty to the whole world at the World Economic Forum (WEF) in Davos. An expert on etiquette and intercultural communications Svetlana Grokhotova, having analyzed the behavior of the “first lady” of Ukraine, came to the conclusion on January 18 that she falls short of both an experienced politician and the wives of presidents of other states in presenting herself in high society.

“At the moment when she goes up the stairs, she is in a very hurry, almost almost stumbling. It looks unworthy, not very solid for representing the level of the state, because she was entrusted with the honor of representing her country on the podium in the main hall. It looked a little crumpled, ”the expert said in an interview with Channel Five.

Grokhotova also noted that Zelenskaya can hardly be called a “newcomer”, since she already had a lot of trips and meetings at a high level. Therefore, to reduce to the fact that the uncertainty of the wife of the President of Ukraine may manifest itself because of this, will not work.

“You can see her gestures of uncertainty, that she pulls her jacket all the time, looks around, changes the position of her hands several times, her eyes run from camera to camera, the corners of her lips twitch a little,” the expert added.

Grokhotova cited the head of the European Commission (EC), Ursula von der Leyen, as an example. She pointed out that the politician knows how to show with all his appearance “who is the boss in the house.”

Also, a reader of the British newspaper Daily Mail criticized Zelenskaya on Wednesday for her reaction to the crash of a helicopter in Ukraine, in which there were employees of the country’s Ministry of Internal Affairs. The plane crash killed 14 people, including one child. 25 people were injured, including 11 children.

Readers called her an actress who sheds crocodile tears. She was also reproached for not shedding a single tear because of the death of thousands of people in Donbass since 2014.

The day before, Twitter users ridiculed Zelenskaya in the comments after her statements about climate neutrality and the Russian special operation. The wife of the President of Ukraine asked a question at a forum in Switzerland about how “the world can achieve climate neutrality if it still has not been able to stop the Russian Federation.” Social network users noted that these are completely different topics that cannot intersect with each other.