“Etisalat” underestimated its danger.. This is how the 5G network affects planes 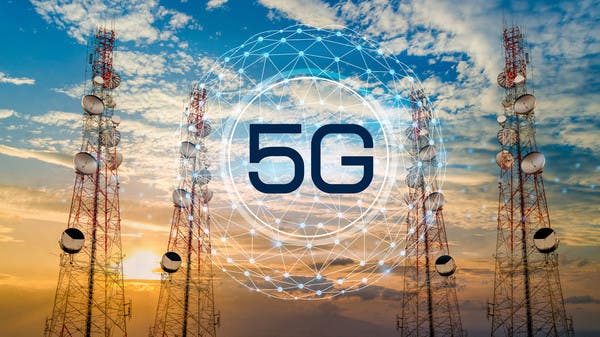 The heads of the 10 largest American airlines warned of catastrophic disruptions in the transportation and shipping sectors in the event of operating the fifth generation networks Wednesday, as scheduled, without setting controls for transmitting stations located near airports in the United States.

The companies also warned that the operation of the fifth generation networks, for mobile phones, would cause “massive disruption” to their flights.

What do we know about the fifth generation communications network?

A letter addressed to Transportation Secretary Pete Buttigieg and government officials warned of an “economic catastrophe” if Verizon and AT&T continued to deploy the new technology before necessary upgrades and changes to flight equipment were made.

“We urgently need urgent intervention, to avoid operational disruption that could affect travelers, shipping chains and the supply of medicines and medical products, including

And airlines are demanding that the fifth generation networks be removed “about three kilometers, from the runways of the airports that will be affected, according to controls issued by the Federal Aviation Authority” before the launch of the service on Wednesday.

“We call on the Federal Aviation Authority to determine the locations of the fifth generation network towers, which are close to airports and runways, which will need to be transported farther away, to ensure safety for passengers, and to avoid sabotaging flights,” the letter said.

The ten companies said in their letter, “Aircraft manufacturers have informed us that a large part of the airline’s currently operating fleet may be out of service.”

And she continued, “In addition to this chaos at the local level, the lack of aircraft could affect flights, and leave tens of thousands of Americans stranded in various countries of the world.”

Verizon and AT&T have postponed the launch of the new 5G C-Band service twice due to warnings from airlines and aircraft manufacturers concerned that the new communications system would interfere with devices used by aircraft to measure altimeters. In other words, it fears the interference of 5G signals, which use the “C” frequency range of radio waves, with the frequency waves used in air navigation devices, especially during bad weather conditions.

The two carriers are slated to deploy the 5G network in the 3.7 to 3.98 GHz band on the spectrum known as the C-band, while altimeters operate in the 4.2 to 4.4 GHz band.

Disagreements between airline and telecom companies

The concern of airlines is that the frequencies within which the fifth generation network will spread are close to those used by altimeters that measure the distance the plane travels above the ground, facilitating automated landings and helping to monitor dangerous wind currents.

United Airlines CEO Scott Kirby said last month that 5G operating guidelines would prevent radio altimeters from being used at about 40 of the largest US airports.

US airlines have warned that the directives could disrupt up to four percent of daily flights.

“If the issue is left unresolved, it could mean that at major US airports, in the event of bad weather or cloud cover or even thick smog, you can only do it primarily visually,” Kirby said.

But the two carriers, which have been awarded contracts to deploy the 5G network, argue that the system has been deployed in about 40 other countries, without problems with aviation interference.

The two companies said they had agreed to buffer zones around 50 airports in the United States, similar to those used in France, for a period of six months to reduce the risk of interference.

But airlines say that the frequencies on which the 5G network will spread in Europe are lower than those offered in the United States.

American telecommunications companies have invested billions of dollars in developing mobile service networks and the Internet, compatible with the fifth generation, which is characterized by higher speed and wider connectivity.

The network’s work was delayed several times, due to concerns raised by airlines, and therefore the launch of the fifth generation networks was postponed, from the end of last year, to the beginning of this month, and then again to Wednesday, and it may be postponed again.

The US Wireless Trade Association – known as CTIA – has said 5G networks are secure, accusing the airline industry of raising concerns and distorting facts.

“Delays will cause real damage. Delaying the offering by one year will cause a loss of $50 billion in economic growth as our country recovers from the effects of the pandemic,” the union’s CEO, Meredith Atwell Becker, said last month in a blog post.