Eto’o praises Real Madrid: It all started from there 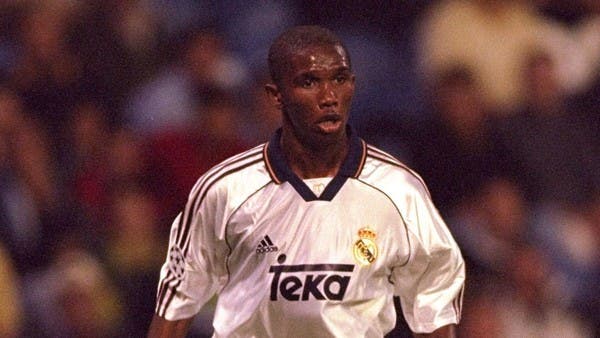 Real Madrid reached the final after winning on aggregate 6-5, leaving them with one match towards their 14th title in the continental championship.

“Bravo Real Madrid, that’s where it all began for me, on their wonderful victory on Wednesday night,” the Cameroon Football Federation president said on his official Facebook page.

Eto’o represented Barcelona in 199 games during all competitions, scoring 130 goals and providing 40 assists, while he played for Real Madrid 7 games, during which he did not score or assist.