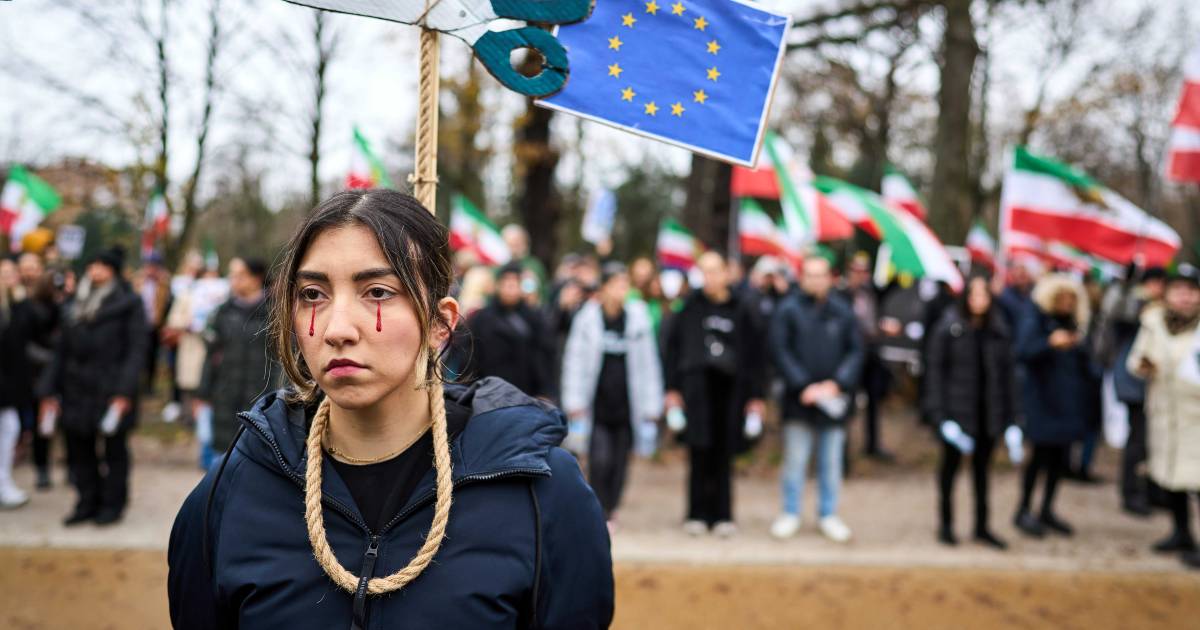 Dutch MEPs have just sent a letter to the foreign chief of the European Union urging tougher measures against Iran. They want strong sanctions and the Revolutionary Guard must be put on the European terrorism list immediately.

The initiative of VVD leader Malik Azmani follows a similar initiative by ten chairmen of the political groups in the Dutch parliament. They signed up in an open letter last week de Volkskrant that the cabinet itself and in a European context must put more pressure on the regime in Tehran.

“The gruesome reports and images from Iran are absolutely shocking. People who peacefully defend their freedom are sentenced or even put to death without due process. I want the European Union to act strongly and do everything in its power to stop these barbaric practices,” said Azmani. “The European Union can mean a lot in this. Because those who do not respect freedom and security can expect sanctions. The brave Iranian people deserve our support.”

Almost all 29 Dutch MEPs have now signed the letter, as have about a hundred colleagues from other countries. The EU has already put a number of Iranians on a sanctions list. Assets of Iran’s central bank and major commercial banks have also been frozen. But this is what the parliamentarians want: ‘Designate the IRGC (Islamic Revolutionary Guard Corps) in its entirety as a terrorist organization. Expand the EU sanctions list to include Supreme Leader Ali Khamenei, President Ebrahim Raisi, Attorney General Mohammad Jafar Montazeri and other individuals responsible for human rights abuses. Coordinate and facilitate measures to ensure the security of the Iranian diaspora in the EU and restrict the access of sanctioned family members of Iranian persons to European facilities such as universities. Communicate clearly that further executions of innocent Iranian protesters would lead to additional restrictive measures, including economic sanctions. Expand the EU embargo list of dual-use items. Ensure the correct application and enforcement of the sanctions regimes.’

The letter writers also point to “Iran’s despicable role in the war in Ukraine in supplying arms and other means of support to Russia.”

Minister Hoekstra told this site this morning that the Netherlands is already leading the way and calls on Europe to take more action, but that trade relations with Iran are negligible. “So you can hit Iran much less hard than you would like.” Hoekstra received Dutch Iranians in the turret together with Prime Minister Rutte on Tuesday.