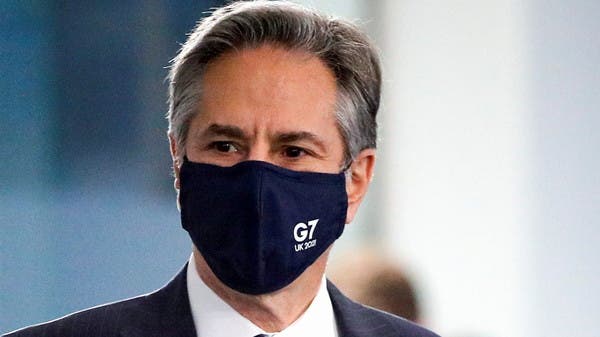 The European Union on Thursday extended economic sanctions against Russia for six months over its failure to fulfill its commitments to a peace deal in Ukraine, amid fears that Moscow may be preparing to invade its ex-Soviet neighbor, the Associated Press reported.

The measures target Russia’s financial, energy and defense sectors, as well as goods that can be used for civilian and military purposes. The move is part of a renewed review, and is not linked to the current tensions over Russia’s military buildup near Ukraine.

These measures are part of a set of sanctions imposed on Russia in 2014 after it annexed Ukraine’s Crimea, and are linked to respect for the 2015 Minsk Peace Agreement. The European Union renewed the sanctions, which will remain in place until at least July 31, because Russia “has not implemented” the entirety of the peace agreement.

The move limits Russian banks and companies’ access to European Union capital markets and prohibits financial assistance or brokering for Russian financial institutions. It halts all imports, exports, or transfers of defense equipment, and limits Russia’s access to some of the “sensitive” technologies used in oil production.

More than 14,000 people have been killed in fighting between Ukrainian forces and Russian-backed separatists in eastern Ukraine.

On Thursday, US Secretary of State Anthony Blinken reiterated that NATO’s door would remain open to accepting new members despite Russia’s request that the alliance not grant Ukraine its membership in this week’s talks in Europe, in an attempt to reduce tensions. , quoted by Reuters.

Talks continued between US and Russian officials in Vienna today, Thursday, within the framework of the Organization for Security and Cooperation in Europe, which includes 57 member states, at a time when Russia is massing its forces near the border with Ukraine.

“The path that (Russian President) Vladimir Putin will take is not yet decided. Will he choose the path of diplomacy and dialogue to solve some of these problems, or will he continue on the path of confrontation and aggression?” Blinken said in an interview with MSNBC TV. “.

Russian Assistant Foreign Minister Sergei Ryabkov also announced Thursday that Russia sees no reason to hold a new round of talks with Western countries “in the coming days” over Moscow’s demands for security guarantees.

“There is no reason to sit at the (negotiations) table in the coming days, meet again and start the same discussions,” Ryabkov said in a television interview.

Russian Foreign Minister Sergei Lavrov said that the negotiations in Geneva and Brussels, despite the intransigent position of the West, were similar to a working meeting. He commented: “The negotiations were akin to business. Such an attitude of the West is very difficult, arrogant somewhere, uncompromising, yet it was calmly expressed in a business-to-business manner, allowing us to count on the possibility that the negotiations that took place in the Washington”.

In turn, Russia’s envoy to the Organization for Security and Cooperation in Europe said during a meeting of the organization today, Thursday, that Moscow will act to defend its national security if it does not receive a “positive response” from the West to its security demands.

“If we do not hear a positive response to our proposals within a reasonable time frame and aggressive behavior towards (Russia) continues, we will have to take the necessary measures to ensure strategic balance and eliminate unacceptable threats to our security,” the Russian mission to the OSCE wrote on Twitter, citing envoy Alexander Lukashevich. National”.

Russia has previously demanded broad reassurances from Washington and its allies, including concrete guarantees that Ukraine will not join NATO.

The Ukrainian file is considered a “thorn” in the side of the Russians, who always doubt Kiev’s intentions, while the latter is constantly afraid of repeating the experience of annexing Crimea (in 2014) and invading its territory, repeating at the same time that it has absolute freedom to join NATO, which constitutes a sensitivity Great for the Kremlin.