Europe grants Ukraine the status of a candidate for membership .. and Moscow accuses the Union of manipulating Kiev 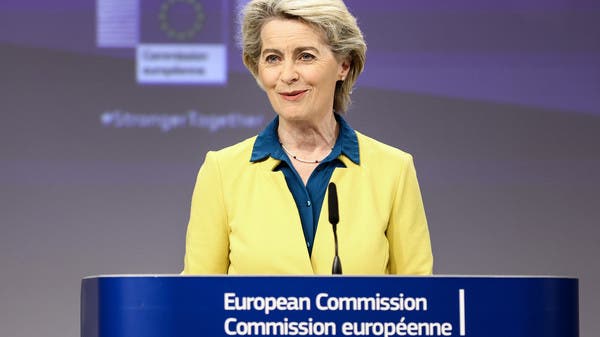 The European Commission recommended on Friday that Ukraine should be granted EU candidate status, as a first step on the long road to the war-torn country’s membership of the European bloc.

“The commission recommends to the council, firstly, to give Ukraine a European horizon, and secondly to grant it candidate status. This is, of course, provided that the country implements a number of important reforms,” ​​Commission President Ursula von der Leyen told a press conference.

“We all know that Ukrainians are ready to die to defend their European aspirations. We want them to live with us, for the European dream,” von der Leyen added.

Leaders of the 27-nation bloc will discuss the recommendation of the European Union’s executive body at next week’s summit in Brussels. Launching accession talks requires the unanimous approval of all member states.

Ukrainian President Volodymyr Zelensky described the commission’s decision as a “historic” step for the country’s accession to the EU. He stressed that Ukraine is “ready” to work to become a “full member state” of the European Union.

On Friday, the Russian Foreign Ministry accused the European Union of “manipulating” Kiev. “We have seen how for many years Western society has manipulated the idea that Ukraine will participate in its integration structures (…) And since then, Ukraine has become worse,” said ministry spokeswoman Maria Zakharova, as quoted by Russian news agencies, adding that Kyiv “will not have Promising future”.

Informed sources had reported that the European Commission, in its meeting, tended to issue recommendations to grant Ukraine and Moldova the status of a candidate for European Union membership.

The decision to grant or refuse candidate status will be made by the Heads of State and Government of the European Union at the summit to be held in Brussels on 23-24 June, taking into account the recommendations of the European Commission.

In his daily briefing, the Ukrainian President said that his country enjoys the support of 4 influential European countries to join the European Union, referring to the visit of the French President, the German Chancellor and the Italian Prime Minister, along with the Romanian President, to Kyiv yesterday.

Zelensky added, “Today is a truly historic day.. Ukraine has felt the support of four powerful European countries.. in particular their support for our accession to the European Union.. Italy, Romania, France and Germany are on our side.”

In their meeting with Ukrainian President Volodymyr Zelensky, European leaders agreed on the need to support Ukraine as a candidate for EU membership.

The visit of the four European leaders to Kyiv and witnessing the devastation of the ongoing war, and the announcement by the French President, in his capacity as the current President of the European Union, to respond to Ukraine’s request for the status of a candidate state for EU membership, represent a historic commitment towards Kyiv, which is in the fourth month of its war against Russia.

Politically, the visit of the four European leaders to Kyiv is the biggest evidence of the EU’s willingness to embrace Ukraine within the European family.