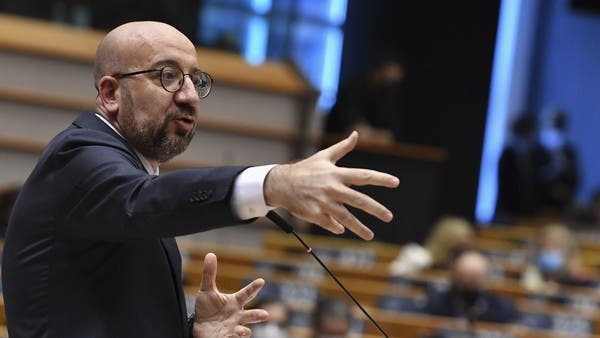 Despite the reluctance of some European countries to ban Russian oil and gas, due to the economic repercussions and repercussions that this may have on them, European Council President Charles Michel affirmed that he is confident that the Council will soon impose more sanctions on Moscow, especially on Russian oil, against the background of the operation. Military in Ukraine.

And Michel added, through his official account on Twitter, today, Tuesday, that “the Russian war machine must be broken.”

An important project with Greece

Prime Minister Kyriakos Mitsotakis stressed that “with this very important project along with other projects being implemented in Greece, several European countries will be very close in a position to replace natural gas coming from Russian sources.”

He also added during the inauguration of the LNG terminal that the recent “blackmails” from Moscow regarding natural gas now make cooperation necessary.

It is noteworthy that the European Union had previously announced that it was preparing a sixth and new sanctions package on Russian oil sales, especially after the significant shift in the position of Germany, the largest consumer of Russian energy yesterday, which could deprive Moscow of a large source of income within days.

Berlin announced its willingness to give up Russian fuel in late summer.

The European Commission is expected to propose a sixth package of European Union sanctions this week against Russia over the military operation it launched on February 24 on Ukrainian soil, including a possible embargo on the purchase of oil.

It is noteworthy that Kyiv has been asserting for months that Russian energy exports to Europe, which have been largely exempted so far from international sanctions, fund the Kremlin’s war efforts, bringing in millions of euros daily.