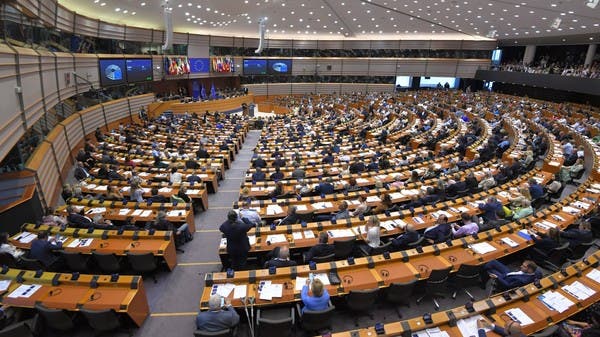 The European Parliament has approved the adoption of a resolution supporting the granting of EU candidate country status to Ukraine and Moldova.

529 voted in favor of the resolution, while 45 voted against it, and 14 other politicians abstained.

The European Parliament also called on the leaders of the Union to grant Ukraine and Moldova the status of a candidate country for membership in the Union without delay, and stressed the Union’s leading role in exceptional geopolitical circumstances.

He called the summit to open the path of membership to the Balkan countries.

This comes while the European summit session with the Balkan countries ended without reaching an agreement or issuing a statement due to differences between the member states, according to Al-Arabiya/Al-Hadath correspondent.

European Union leaders are set to formally set Ukraine on the long road to EU membership at a two-day summit in Brussels by awarding it official candidate status.

The move is largely symbolic, but it will nonetheless help raise the morale of Ukrainians at a very difficult time in the four-month-old conflict that has killed thousands, displaced millions and reduced villages and cities to rubble.

Impact on the economy

The conflict also had a huge impact on the global economy and European security arrangements, driving up gas, oil and food prices and prompting the European Union to reduce its heavy dependence on Russian energy. He also urged Finland and Sweden to seek NATO membership.

It is noteworthy that many diplomats have repeatedly stressed that the step to join the European Union may take Ukraine a decade or more to meet the criteria and conditions for this accession, including the fight against corruption and the issue of human rights, minorities, democracy and others.

Nevertheless, many European leaders argued that Ukrainians were fighting for European values ​​of democracy, and that the bloc should make a gesture acknowledging their sacrifice.

Moscow, which launched a military operation on Ukrainian territory on February 24, had warned more than once of that step, and warned of the danger of the expansion of Western alliances, especially the North Atlantic Treaty Organization, which it considers a spearhead against it.

It also considered that Kyiv’s accession to the Union would pave the way for its entry into NATO, which it sees as a red line for its national and strategic security.