Even after Nitish’s exit, PM Modi’s influence is not right – BJP is predicted to win the 2024 elections 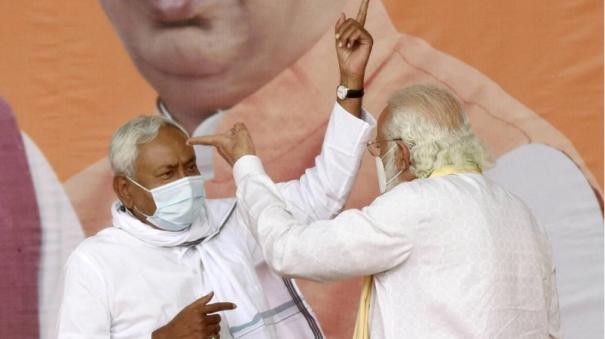 In June last year, the Maha Vikas Akadi coalition government comprising the Congress, Nationalist Congress and Shiv Sena, which was in power in Maharashtra, was toppled. Shiv Sena’s Eknath Shinde raised the war flag against Shiv Sena chief Uddhav Thackeray and toppled the government. Following this, there is a disaffected Shiv Sena-BJP coalition government.

In the meantime, the BJP has lost power in the state of Bihar, and political commentators are giving different opinions about the impact it will have on the 2024 Lok Sabha elections. Some are posting comments that this will cause a setback for the BJP in the 2024 elections and some say it will not.

In this regard, the results of a poll conducted by India Today News Agency in collaboration with Chivoters have been published.

According to the survey, the BJP-led National Democratic Alliance will win 286 seats in the 2024 elections.

Next to him is senior Congress leader Rahul Gandhi. Only 9 percent of people supported him. Following this, Aam Aadmi Party National Coordinator and Delhi Chief Minister Arvind Kejriwal is supported by 7 percent.