Even Saddam Hussein and Gaddafi won the election: Rahul Gandhi 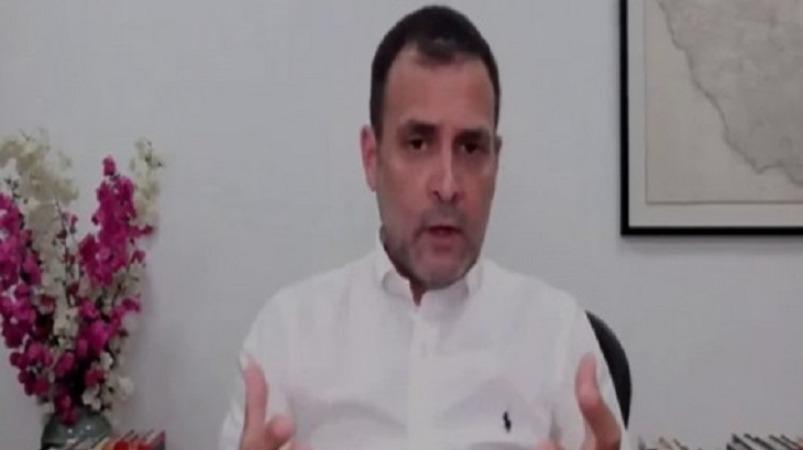 “Saddam Hussein in Iraq and Gaddafi in Libya are the winners of the election; but there is no organization there to protect their votes,” said former Congress leader Rahul Gandhi.

He was speaking in an online interview with Brown University professor Ashutosh Warshne.

He was responding to a query from Sweden-based Freedom House, which said that India had descended from the status of an independent nation to that of a dictatorial nation elected by the people.

This aside, the Government of India has rejected the Freedom House prediction. It has also been accused of misinformation.

During the discussion, Rahul further said:

Election is not the act of people going into the polls and pressing a button on something in the voting machine. Elections are a testament to the smooth running of the nation’s institutions, and the election is a testament to the fact that the judiciary in the country is fair and that independent debates take place in Parliament.

The state of democracy in India is deteriorating. It’s so bad that no one needs to identify with it.

Mike was shut down for not letting me speak in Parliament.

Asked about the pressure on Rahul to leave the Congress, he said, “I am defending a particular ideology. I cannot give it up because someone does not like it. I will continue to oppose the RSS policy.”

I hope you have some ideas. I carry it, lift it. What is my name when it comes to supporting that policy? I never looked back at who my grandfather was. I will pursue it whether anyone likes it or not.
No one in our family has been Prime Minister since 1989. Yet, there is a sense that we are empowered.