‘even this will pass. Be confident goalie’ – Babar Azam tweeted 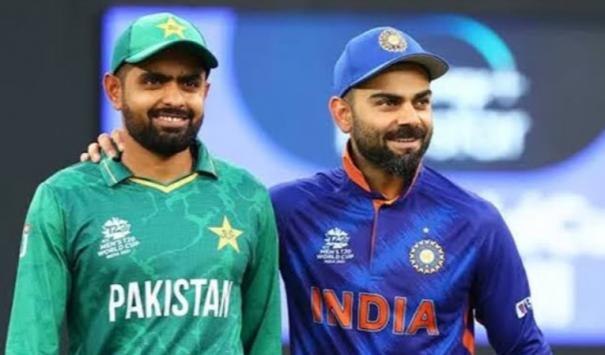 Kohli is one of the greats of modern day cricket, one of the FAB4s and a run machine. Until last year, there was an expectation of when he would score a century. But now the situation has developed that it is enough for him to score runs.

Kohli has the ability to chase away the bowling of the opposition in all formats like Test, T20 and ODI. He has scored a total of 23,709 runs in international cricket.

But now he is struggling to add runs due to his poor form. So many cricketers and critics are taking their opinion against and in support of him. Pakistan captain Babar is the latest to join it. Kohli scored 16 runs in the second ODI against England on Thursday.

After this, Babar tweeted, “This too shall pass. Be confident, Goalie.” He also shared a picture of Kohli and him standing together. It has become a talking point among cricket fans.

Whenever the Indian and Pakistan cricket teams take to the field for multiple Tests, the game is heated. Babur’s tweet is meant to reveal the soulful friendship and love between the two teammates off the field.