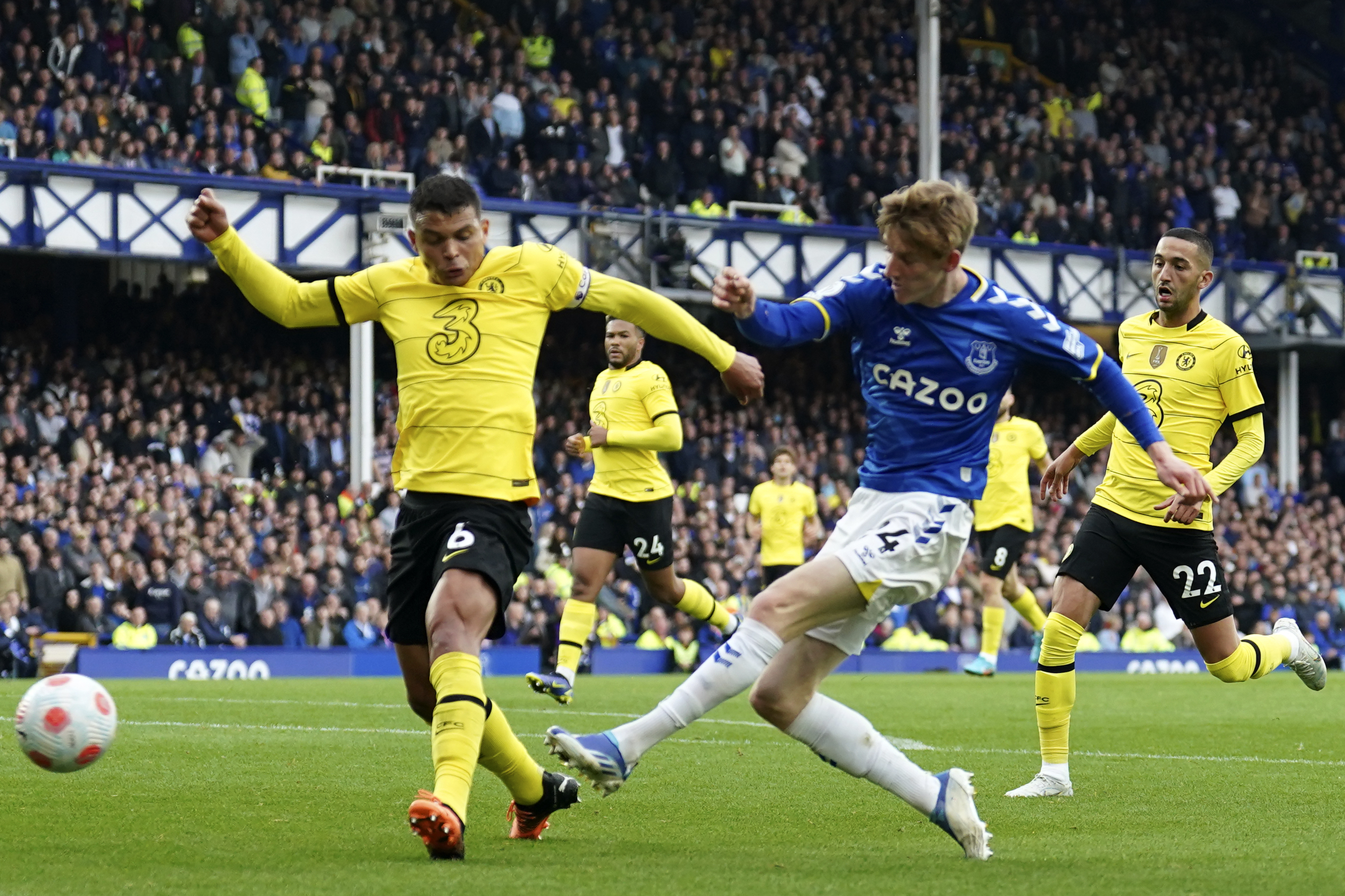 Everton maintained their chances of staying in the English Premier League, after their difficult victory over Chelsea 1-0 during the match that brought them together on Sunday in the thirty-fifth round of the competition, which also saw Tottenham beat Leicester City 3/1.
Everton went ahead with a Richarlison goal in the 47th minute.

Everton raised its score to 32 points in 18th place, two points behind the safe zone, while Chelsea’s balance stopped at 66 points in third place.

Brazilian striker Richarlison and international goalkeeper Jordan Pickford imposed themselves as two stars of the match, as the first scored the winning goal in the 46th minute and the second saved his team from several achieved goals.

Everton kept his hopes of staying and avoiding the spotlight for the first time in 68 years, after raising his score to 32 points in the eighteenth place, two points behind Burnley and Leeds United, sixteenth and seventeenth, respectively, but he played a game less than them.

Richarlison was satisfied with the expectations of his coach, former Chelsea midfielder Frank Lampard, as he scored his eighth goal this season as the most prolific player in the ranks of the “Toffees” and the fourth in his last five matches.

Everton avoided a third match without a win, after it was tied with Leicester City on April 20 and lost in the Merseyside derby against Liverpool 0-2 in the last stage.

On the other hand, Chelsea failed to win for the second match in a row, as it was a 1-1 draw with Manchester United in the middle of the week in a match presented in the 37th stage due to the Blues being busy in the cup final against Liverpool on May 14 at Wembley Stadium.

At Goodison Park in Liverpool, the first half ended negatively between the two teams, with more possession for Chelsea and a dangerous opportunity for Everton with a shot from Anthony Gordon from 25 meters that passed along the left post of Senegalese goalkeeper Edouard Mendy (33).

No sooner had the referee blew the whistle at the start of the second half, until Everton opened the scoring after a mistake by the Blues captain, the veteran Spanish defender Cesar Aspilicueta, in front of the penalty area, who benefited from Demray Gray to pass to Richarlison, who deceived goalkeeper Mendy (46).

Pickford’s review began after a shot from Mason Mount hit the right post and reached Espiliquita, stalking at the left post, to miraculously stop the international goalkeeper (59) with his right hand, and another in his face, before he blocked with his fist a powerful shot from 25 meters to Ruben Loftus-Cheek (79) and a shot from inside The area from the Moroccan substitute Hakim Ziyech after a pass from the Spaniard Marcos Alonso (90 +3).