Everyone delivers: where the food delivery market in Russia is heading 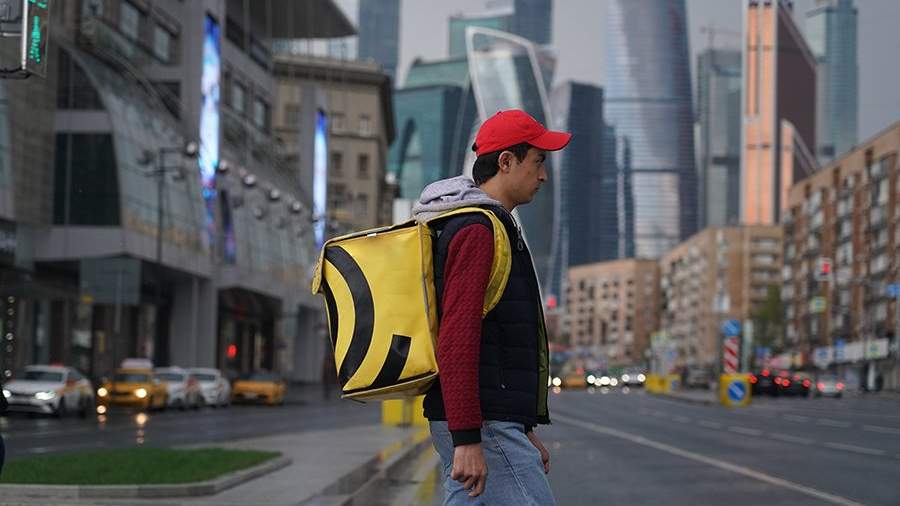 The food delivery market in Russia continues to show strong growth, and the competition in it is growing. So, on September 6, the Samokat company reported that in August it occupied 35% of the all-Russian grocery delivery market. At the same time, Samokat will soon become part of the Sber ecosystem, and Yandex will get the popular Delivery Club service. Details – in the material “Izvestia”.

Against the backdrop of the growing interest of businesses and consumers in food delivery, it became known that Yandex will receive the popular Delivery Club service at its disposal. The company has already announced that Delivery Club will retain its own brand, website and application, while, however, moving to a single technological platform with Yandex Food.

Market experts reacted to the news with restraint. In their opinion, we are talking about asset consolidation, which is natural in the current economic situation: large companies are focusing on their core areas. However, against this background, it is not worth talking about a redistribution of the market and the establishment of a clear leader, especially considering that new significant players may appear in this area in the near future.

Today, the market for the delivery of ready-made food and groceries is still far from being saturated, and there is more unsatisfied demand here than is commonly believed. According to a study by the analytical agency BusinesStat, the market, which was predicted to stagnate and even fall after the end of the coronavirus pandemic, now continues to grow – its turnover by the end of 2022 should reach 675.2 billion rubles. Moreover, as experts predict, by 2024 its turnover may exceed 1 trillion rubles.

Delivery is different – the market is one

Today, a large number of players deliver food and people do not see the difference between different delivery methods, according to a ROMIR survey. According to his data, the majority of Russians (87% of those surveyed) do not care who will physically deliver their order – the couriers of the aggregator or marketplace, the own couriers of the restaurant, store, or a separate delivery service. Only 26%, according to ROMIR, prefer to order delivery through aggregators. Half of Russians make a choice in favor of direct ordering in restaurants, another 42% – in stores. It is noteworthy that many customers use different types of delivery at the same time, because the order scenario is similar in all cases. As well as the ultimate goal – to satisfy hunger.

Different players compete for the attention of the buyer in the food delivery market – large and small, focused on one scenario or developing several delivery methods. According to BusinesStat, 72% of the market for the delivery of ready-made food and groceries falls on the top 20 largest players – companies of various profiles. According to BusinesStat, Yandex’s services — Food, Lavka, and everyday goods on the Market — occupy only 14% of the food delivery market, while Delivery Club’s share is 10.3%. Sberbank is also among the major players in this market: Sbermarket has 9.6% of the market, another 6.9% by the end of 2021 belongs to Samokat (which will become part of the Sber ecosystem).

Of the classic retailers, X5 Group and VkusVill have the strongest positions in food delivery (BusinesStat estimates their market shares at 7.2% and 7.1%, respectively). Marketplaces include Ozon (4.7% together with Ozon Fresh) and Wildberries (3.7%). Also competing for a place in the top ten food delivery players are Metro Cash & Carry and Dodo Brands (each with 4.3%).

At the same time, new players who started in the regions are preparing to give an answer to the “old-timers”. Thus, Broniboy, which combines the delivery of groceries from stores and dishes from restaurants, has become a leader in the south of Russia and is already getting used to the Moscow market.

According to the director of the information and analytical agency INFOLine, Ivan Fedyakov, having in his asset the services “Samokat” and “Sbermarket”, Sberbank will also significantly strengthen its position in the market. Already now, in the rating of the largest Russian players in the e-grocery Russia TOP segment, SberMarket is in first place, Samokat is in fourth place. The combined turnover of SberMarket and Samokat is almost double that of VkusVill, which ranks second in the ranking. At the same time, Yandex Lavka occupies only 7th place in the ranking, Delivery Club is on the 9th line, and Yandex Food is on the 10th position.

Artem Sokolov, President of the Association of Internet Trade Companies, predicts active development in the area: “Starting from 2020, products from the product category have consistently been in the top 5 popular purchases – they are in fourth place, while only slightly yielding to the clothing and footwear category (13, 4% and 13.7% in total online sales, respectively). Obviously, this segment definitely has prospects – they are provided by a high level of competition against the backdrop of stable consumer demand.”

In the ready-made food delivery segment, the variety of offers is even greater. In addition to aggregators, dark kitchens are also fighting for consumer attention, with an emphasis on simple home cooking like Dostaevsky and Kitchen on the District, and kitchen factories that offer, among other things, sets of ingredients for self-cooking, like Chefmarket, and a line of healthy nutrition like Grow Food. At the same time, restaurants’ own delivery is also developing at an active pace, and some establishments, like Dodo Brands, even make it a priority offer.

The abundance of players does not scare new potential market participants: it is already known that Sber is going to take delivery from restaurants, and its appearance could seriously affect the market.

Market mechanisms for maintaining competition in food delivery also complement the tools of the FAS Russia. Having considered the application for the acquisition of the Delivery Club service by Yandex, the antimonopoly service approved it – however, it gave instructions that would just help to maintain competition.

So, for restaurants and deliveries cooperating with Yandex Food, there should be no advantages in relation to other order aggregators. In addition, Yandex shall not take any action aimed at refusing or reducing the use of Delivery Club or other third-party services by restaurants. For partner restaurants, the order ensures that the size and procedure for the formation of remuneration are maintained for three years from the date of the transaction.

In response, Yandex has already stated that they support the principles of openness and equality in the market. “Yandex Food cooperation with restaurants and delivery companies is already being built on these principles. Together with the industry, we will continue to implement self-regulatory tools and develop our services with this approach in mind,” the company added.

After the deal, self-regulation tools should also start working in Delivery Club. Restaurants cooperating with the service will be able to join the work of the industry commission, which resolves all disputes with partners. Couriers delivering Delivery Club orders will be able to appeal platform decisions to an independent courier committee. Also, Delivery Club will join the principles of ethical interaction with couriers, which Yandex previously signed together with other players in the food delivery market.

“By merging their assets, Yandex Food and Delivery Club, of course, will strengthen their positions, but they will still be forced to play in a highly competitive market [доставки еды], – says Sergey Plugotarenko, director of the Russian Association for Electronic Communications. — And although the market growth rate is likely to slow down during the crisis, we do not expect a reduction in the number of players. Most likely, the united company will not be able to significantly influence the balance of power in the market, given the high competition and the presence of other major players like Sberbank.

Thus, according to analysts, the transition of the Delivery Club is unlikely to have a significant impact on the food delivery market or change the balance of power in it. It is constantly changing as the market is in a phase of rapid development.