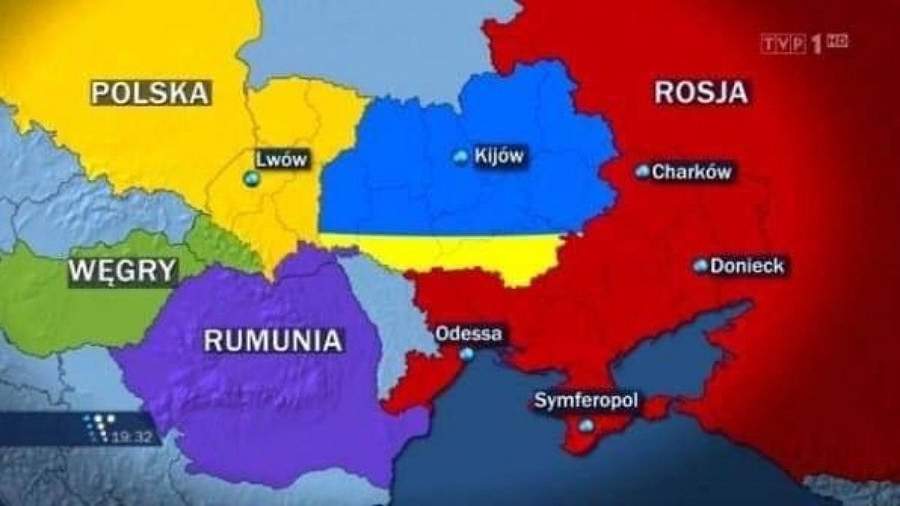 Former deputy of the Verkhovna Rada of Ukraine Ilya Kiva presented a map of the partition of the country, which was shown by the Polish TV channel TVP1, which became known on Thursday, March 24.

“The map was shown on a Polish TV channel. Everything that we have already talked about and what the West is ready for, ”wrote the ex-parliamentarian in the Telegram channel.

In the image, Poland includes the Ukrainian Lviv, Ivano-Frankivsk, Volyn, Rivne and Ternopil regions. Romania “annexed” the Chernivtsi region, and Hungary – Transcarpathia. Ukraine remains only the central and northern parts in its current composition.

The Verkhovna Rada revoked MP Ilya Kiva, who was previously a member of the Opposition Platform – For Life (OPZZH) faction, after accusations of treason.

On February 24, Kiva said Ukraine was “enslaved and virtually brought to its knees by the West, infused with Nazism and has no future.” He stated that “Ukraine needs help, the Ukrainian people need liberation.”