Ex-detainee in Iran to Johnson: Your mistake threw me years in prison 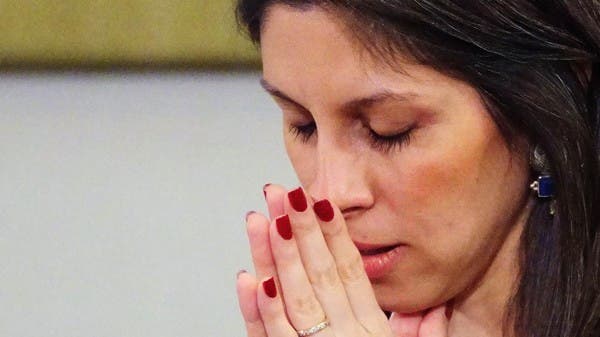 In her first meeting with British Prime Minister Boris Johnson, after her release from Iranian prisons last March, former British prisoner Nazanin Zaghari-Ratcliffe revealed what was weighing on her chest.

With all frankness and stiffness, the thirtieth mother faced Johnson, when she met him yesterday with her family, saying: “Because of your blunders, you threw me into Iranian prisons.”

Zaghari-Ratcliffe sternly told the prime minister the impact of his fatal mistake on her, and the consequences of his words, and considered that she had “beared his words for four and a half years”.

It is noteworthy that Johnson, when he was Secretary of State in 2017, spoke about Nazanin when raising her case, saying by mistake that she was “teaching people in Iran the press”, which was denied by the owner of the institution that Nazanin was working for and her husband as well.

The Iranian authorities seized this statement to tighten the screws on them.

It is reported that in 2016, Zaghari, a project manager at the Thomson Reuters Foundation, the charitable branch of the news agency of the same name, was arrested in Tehran during a visit to her family. Years.

But in late April last year (2021), she was again sentenced to one year in prison for participating in a gathering outside the Iranian embassy in London in 2009.

However, in October 2021, she lost her appeal, which raised her family’s fears that she would be imprisoned again after she was released with an electronic bracelet in March 2020 and has been under house arrest since then due to the Covid-19 Pandemic.

Before she was released two months ago, after a settlement between London and Tehran over an old debt of about 400 million euros.