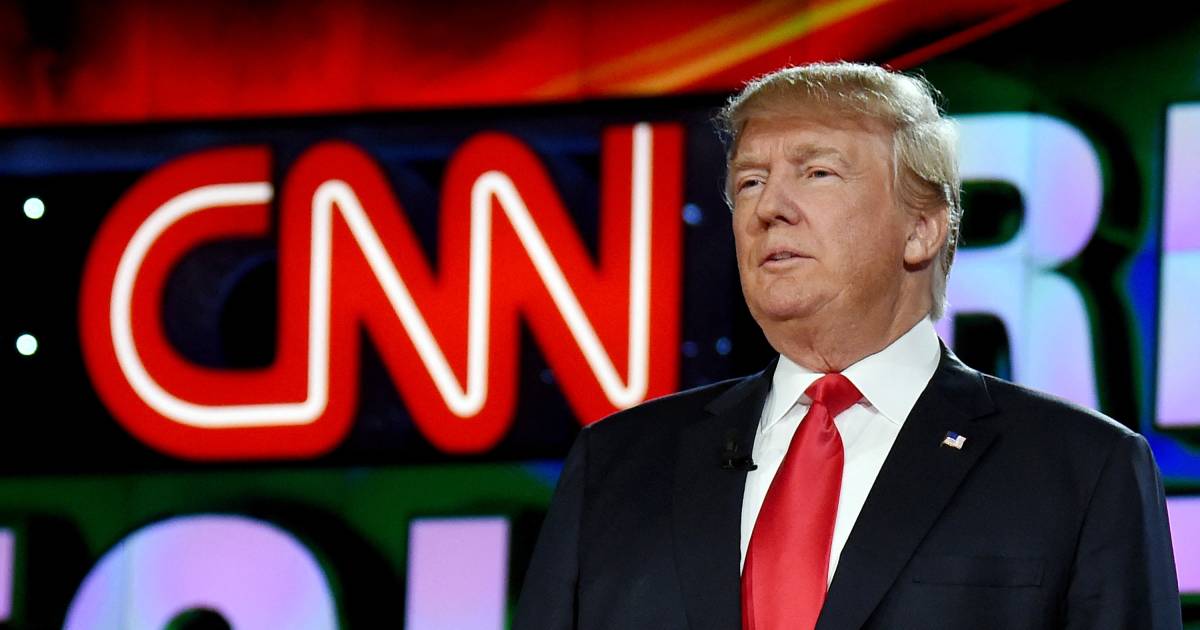 Former US President Donald Trump has sued CNN for defamation. He claims that CNN has ramped up a smear campaign against him over fears that he will run for president again in 2024.

“CNN has sought to tarnish Trump with a series of increasingly scandalous, inaccurate and defamatory labels such as racist, Russian lackey, insurgent and ultimately Hitler,” the former president’s lawyers said before a court in Florida.

According to the criminal file, Trump is demanding compensation of at least $ 475 million (483 million euros). “CNN has tried to use its enormous influence, ostensibly as a reliable news source, to portray Trump in a bad light with the aim of defeating him politically,” Trump’s lawyers said. It is not yet clear whether the former president will indeed run for re-election. CNN has declined to comment on the matter for now.

Trump is known for not shying away from suing (alleged) enemies since he’s no longer president. However, he has only had limited success. His lawsuit in which he accused his 2016 election rival Hillary Clinton and dozens of others of conspiring against him at the time was recently dismissed by a judge.

Trump himself currently has several lawsuits pending against him. A criminal investigation is ongoing by the U.S. Department of Justice for holding confidential government documents at his Mar-a-Lago estate in Florida after his departure from the White House in January 2021. He was charged last month by the Attorney General of the United States Attorney General’s Office. New York State, accusing him of lying about the value of his assets. And a Congressional committee is investigating its role in the January 6 attack on the Capitol.