Excited atmosphere on the first day of the “Elite Paratriathlon” 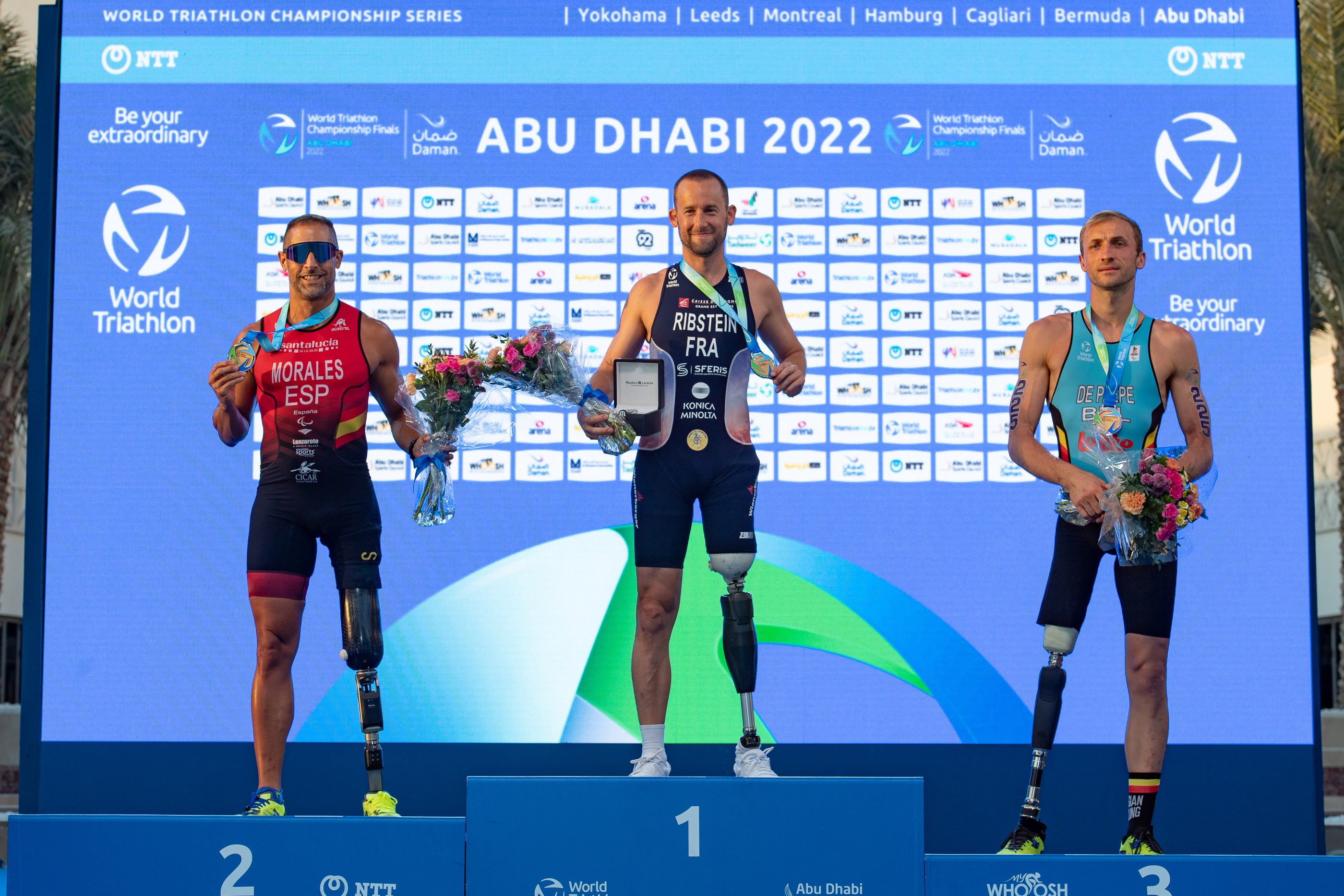 Today, Thursday, the competitions of the paratriathlon elite category began within the finals of the World Triathlon Championship (Abu Dhabi 2022), which is being held under the auspices of Daman, on Yas Island in Abu Dhabi, with the participation of 112 athletes of people of determination, comprising (70) men and (42) women, in 12 categories, according to The type of disability, in an enthusiastic atmosphere and strong competition to win the medals of the most expensive and important championship for triathletes around the world.
The Dutchman, Getzi Platt, was able to take the lead in the men’s “PTWC” category by finishing first with a record time of 00:57:56 minutes, just 2.58 seconds ahead of Austrian Florian Prongraber, while Dutchman Geert Schipper came in third place, trailing by 2.91. second. As for the men’s “PST2” category, it was won by France’s John Ripsten, ahead of Spain’s Lionel Morales by just 1.19 seconds, while Belgian Wim Debabe ranked third. Spain’s Daniel Molina succeeded in winning the “PST3” category, as he was able to complete the race stages in a time of 01:10:35 hours, outperforming Dutchman Nico van der Borght by less than half a second, and Germany’s Max Gelhar came third among the two winners. This category.