Expectations of the continued deterioration of the global economy .. the bleeding of stocks will continue! 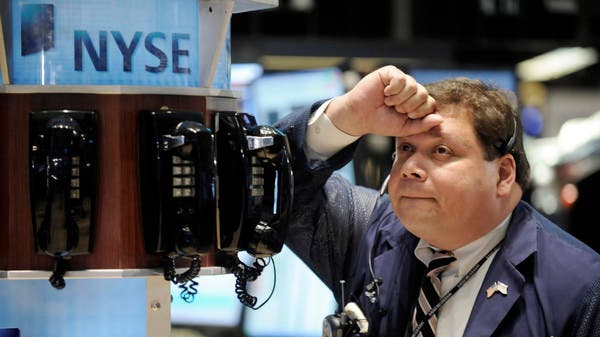 Global stock markets are expected to continue to bleed money as the sell-off continues this summer while central banks around the world raise interest rates to try to combat spiraling inflation.

For his part, the CEO and head of research at the financial advisory firm Rosa & Roubini, Brunello Rosa, believes that central banks will continue to tighten monetary policy while markets continue a downward spiral, according to CNBC and Al Arabiya.net.

“Now is the time to re-estimate the economic fundamentals around the world in terms of growth. It’s hard for markets to be completely optimistic when inflation goes up, growth goes down, and interest rates go up fast all over the world,” he said.

Last Thursday, the Dow Jones Industrial Average fell more than 1,000 points while the Nasdaq Composite fell nearly 5%. This 5% drop erased all gains from a short-term rally the day before when the US Federal Reserve announced it would raise interest rates.

This came as the short-term rise was driven by investors’ optimism that the Federal Reserve did not implement a larger interest rate increase, but this optimism quickly gave way to fears of a rise in interest rates later in the coming months.

Rosa noted that investors were initially optimistic about the news of a 75 basis point rate hike, but the fact that there is still a strong possibility of several 50 basis point increases over the coming months has raised investors’ concerns.

“Obviously all central banks are talking assertive at this point, but the truth is that too much tightening will eventually lead to an economic downturn,” Rosa said.

He also noted that most European governments and the United States constantly talk naively about the possibility of avoiding an economic downturn.

“In the eurozone and the United States, they haven’t come close to realizing that there will be some kind of contraction in economic activity,” he said.

Rosa expects the Russian invasion of Ukraine to last much longer than many investors expect, which will continue to fuel ongoing supply chain disruptions and inflation while adding fuel to the fire of higher interest rates.

In turn, the Stoxx 600, the broadest index of European stocks, fell by 1% on Friday morning following the heavy selling on Wall Street on Thursday. The Stoxx 600 is down more than 11% so far this year.

In Asia, the Hang Seng Index in Hong Kong decreased by 3.81% and in China, the Shanghai Composite Index decreased by 2.16%.