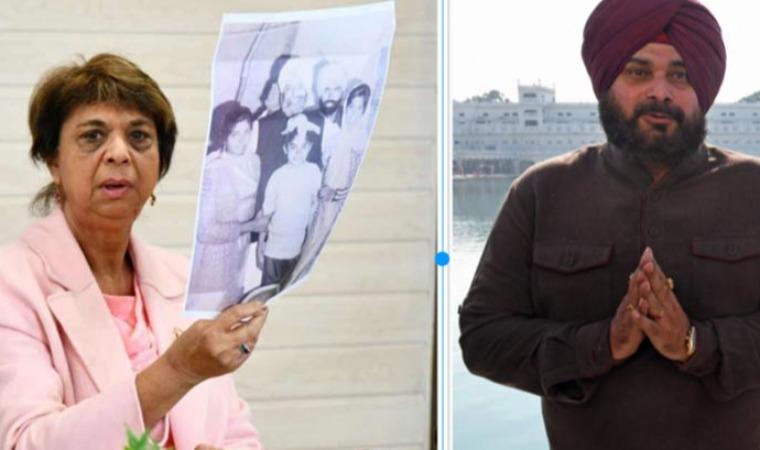 Chandigarh: Congress’ Punjab state president Navjot Singh Sidhu has accused his own sister of dying helplessly at the railway station as he abandoned his adoptive mother.

The allegation, made just days before the Punjab Assembly elections, has plagued Congress and Sidhu.

With just 22 days to go before the Punjab elections, the former Indian cricketer is from Punjab Congress The allegations leveled by leader Navjot Singh Sidhu against his family have sparked a new storm in state politics.

Sidhu’s sister Suman Thur, who lives in the US, today accused her brother of being a ‘cruel person’ among the press. Speaking further on Sidhu, Suman Thur said, “After the death of our father in 1986, Sidhu abandoned our elderly mother.

Sidhu killed my mother for money. My mother and I did not ask Sidhu for any help after he left us. ” , “Sidhu was not really 2 years old then.

That is misinformation. After watching that interview my mother met Sidhu in person and asked why you lied. Not only that, Sidhu dealt with my mother that day as if someone had written false information. My mother then sued the magazine. The mother did not pretend to be separated as she wanted to enjoy herself without giving the family property to anyone. On the 20th I went to meet Sidhu. I am now in a position to meet the media as the meeting attempt failed. “

Responding to Suman Thur’s allegation, Navjot Singh Sidhu’s wife Gauri said, “My husband’s father had two marriages in which he was told by his elder wife that he had 2 daughters. But we do not know much about those two daughters.” News has been circulating for the past few days that Congress Punjab state president Navjot Singh Sidhu will be declared the chief ministerial candidate. In this context, the new controversy over him has upset the Congress, and especially Navjot Singh Sidhu.