Explosions rock Kyiv… and warnings of raids affecting other cities 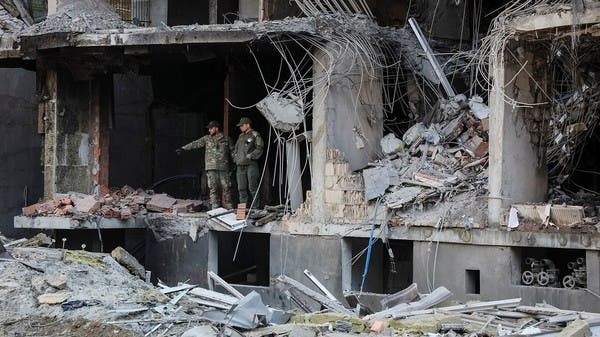 The Ukrainian capital, Kyiv, woke up on Sunday to a number of explosions. Mayor Vitali Klitschko announced that several explosions rocked the capital in the early hours.

He also wrote on the messaging application Telegram, “Several explosions occurred in Darnitsky and Dniprovsky in the capital, but the services are working on the site,” promising to give more detailed information at a later time, according to what was quoted by AFP.

In addition, sirens sounded to warn of air raids in a number of other Ukrainian cities.

From the outskirts of Kyiv – Reuters

It is noteworthy that Kyiv has witnessed, since last March, an almost complete silence of hostilities, especially after the withdrawal of Russian forces from its surroundings and their concentration on areas in eastern Ukraine.

However, air raids and explosions continued, albeit at a much lower rate, which encouraged many residents of the capital to return after being displaced during the past months.

The mayor confirmed last month that about two-thirds of the population had returned, despite official warnings that the situation remained unsafe.

Moscow had warned last April that it would target sensitive centers in the capital, if the Ukrainian strikes continued on some Russian lands.

It is noteworthy that the Russian-Ukrainian fighting has been going on since February 24, but it is now concentrated in eastern Ukraine, where Russian forces are seeking to control the important Donbass region, in order to link the eastern regions with the Crimea in the south.