Eyes of disappointment: what will the weather be like in September and whether to wait for Indian summer 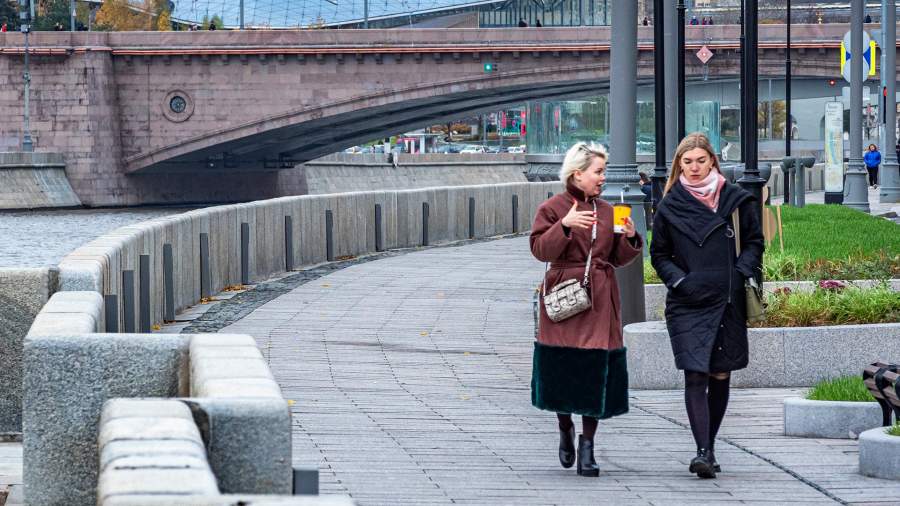 After a record hot Augustwhich became the hottest in the 144-year history of observations, September stunned Muscovites with truly autumn weather. The thermometer on the first day was at around +10…+15 degrees. Can’t wait for warmer weather anytime soon, forecasters told Izvestia. A cold snap will soon come even in those regions where the heat is still preserved, for example, in the Krasnodar Territory. You should not count on Indian summer either – at least in the first half of September.

After an abnormally hot August, September brought autumn weather to Moscow and the region: the temperature in the capital region on September 1 was about +10…+15 degrees. Thermometer readings will be below the climatic norm throughout the first decade of the monthforecasters told Izvestia.

At night, the air temperature in Moscow in the first days of September it can even drop to zero degreesTatyana Pozdnyakova, a leading specialist of the Meteonovosti news agency, said.

— The first decade of the month will be colder than normal. Because the nighttime temperatures are quite low. The daytime temperature is about +15…+16 degrees, not higher than that,” she explained.

On some days in the first half of September, the temperature may differ from the average for this period by three to four degrees at once, said Alexander Shuvalov, head of the Meteo prognostic center.

— The cold will cover the entire European territory, this will continue until the end of the first decade – September 10-11he predicts.

The cold snap will also reach those regions where the summer weather continues. For example, in Sochi on August 31, a storm warning was announced due to extreme heat. On the last day of summer and on the first day of autumn, the air temperature in some areas reached +37 degrees.

— While the south is quite hot weather. But this cold will not bypass these regions either – with a slight delay, but it will get there. Most likely over the weekend. And to the North Caucasus – at the beginning of next week. The entire first decade in the European territory of the country will pass under the sign of cold weather, ahead of the calendar by a couple of weeks for surethe meteorologist added.

Despite the fact that, in general, September in the European part of the country is predicted to be close to long-term values, the average monthly temperature is expected to be below normal, Roman Vilfand, scientific director of the Hydrometeorological Center of Russia, added.

– Significant changes are not expected in the coming days. The weather will be determined by the flow of northern air masses. Although significant precipitation is not expectedbecause the pressure will gradually increase, but Moscow, the center of European Russia, will be in the cold part of the anticyclone, he explained.

The greatest probability of precipitation, according to him, in the North-West of the country. In St. Petersburg, the Leningrad region, Karelia, the Vologda and Novgorod regions, precipitation is expected to be above the norm. But in the Omsk, Tomsk, Novosibirsk, Kemerovo regions and in the Altai Territory, on the contrary, their deficit is predicted, as well as in the south of the Urals, as well as in the Astrakhan and Orenburg regions.

Indian summer, weather forecasters explained, comes no earlier than the second half of September.

— Classic Indian Summer – from 14 to 21 Septemberwhen autumn came according to the old style. Let’s hope the heatwave comes in the middle of the monthbut it’s hard to say now how intense it will be,” said Tatyana Pozdnyakova.

Forecasters, as a rule, understand Indian summer as a warm period, which comes in September with the arrival of the high-pressure spur of the Azores anticyclone in Russiaadded Roman Vilfand.

— When it spreads to the center of the European part, a special period begins, which poets and writers describe, saying that the air is like crystal. They often mention cobwebs in connection with this. This means that the air is so transparent that they are clearly visible,” the forecaster explained.

Such an Indian summer, he said, does not happen very often – about once every three years.

— But now we do not insist on terminology. If there is a warm period and no precipitation, we agree that this is Indian summer. Although it does not come in its purest formhe added.

It cannot be ruled out that Indian summer will come after the first ten days of September, Roman Vilfand stressed.

– If we mean by this a period of warm dry weather after a long bad weather, then it is likely. I joke that it will be more enjoyable the longer the period of cold weather lasts. That’s why first, Muscovites must shudder, freeze, then to enjoyhe concluded.

A sharp change in weather between seasons is not mandatory, but quite probable, said expert of the International Center for Sustainable Energy Development under the auspices of UNESCO, climatologist Mikhail Yulkin.

— This is one of the manifestations of global climate change. What experts call heightened climate nervousness, his changeable mood. But it won’t always be like this, not every time.

The reason for this, he said, could be the shift in temperature gradients, which smoothed out the difference between north and south.

— Previously, the weather summer had to overcome this latitudinal resistance to reach us.. Now, however, cold inflows from the North can be with us at any moment, and even to the south. And vice versa, inflows of hot temperatures from the South and from the Atlantic can reach us without encountering resistance,” he noted.

The main property of weather and climate conditions now is their high variability, which makes the possibility of various phenomena equally probable, the expert concluded.