TechFacebook, Instagram and WhatsApp are gradually returning to the service
Tech 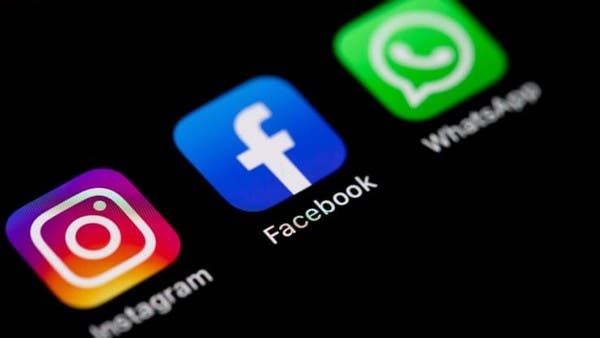 At dawn on Tuesday, Agence France-Presse reported the gradual return of Facebook, Instagram and WhatsApp to the service worldwide.

The Facebook platform has returned to work after a global outage that lasted more than 5 hours, according to media reports.

Earlier, the Instagram service returned to work in the United States of America.

On Monday, Facebook users around the world reported that they were unable to access its suite of social media apps, including the main network, photo-sharing app Instagram, and messaging service WhatsApp.

The Pentagon said: “We are looking into the possibility of a security threat related to the social media outage.”

The disruption that occurred today, Monday, included the company’s services worldwide, in addition to Amazon and Google sites.

Later, there were reports of technical problems with the “Snapchat” application.

And US media reported that Facebook sent a team to California in an attempt to manually restore the servers.

Experts suggested that “a technical error is the most likely reason for the disruption of Facebook, WhatsApp and Instagram services.”

“Nothing works in the building but email,” a WhatsApp official told NBC.

The Facebook application network has more than 2.7 billion daily users on average.

Downtracker indicated that the services of the three social networks (all owned by Facebook) were interrupted in densely populated areas, including Washington, Paris and Dubai.

The New York Times reported that Facebook ruled out a cyber attack behind stopping its services with WhatsApp and Instagram.

Outages are not uncommon for apps, but it’s rare for so many interconnected apps in the world’s largest social media company to have outages at the same time.

The company has been trying to integrate the core technical infrastructure of Facebook, WhatsApp and Instagram for several years.

Two members of Facebook’s security team, whom the New York Times spoke to on condition of anonymity because they are not authorized to speak publicly, said it was unlikely that a cyber attack was causing the problem. This is because the technology behind the apps was still different enough that a single hack was unlikely to affect them all at once.

Facebook said it was “aware that some people are having trouble accessing the Facebook app” and is working to restore the service.

The Al-Arabiya correspondent said that the services of Google, Amazon and Tik Tok have returned in Canada.

The company did not say what caused the outage, which began around 11:45 EST.

It’s normal for websites and apps to experience outages, although outages on a global scale are rare.

Tik Tok has joined the networking sites whose services have been disrupted.

“We understand that some people are having trouble accessing our apps and products,” a company spokesperson said. “We are working to get things back to normal as quickly as possible, and we apologize for any inconvenience.”

We’re aware that some people are having trouble accessing our apps and products. We’re working to get things back to normal as quickly as possible, and we apologize for any inconvenience.

In 2019, a similar outage lasted for about an hour. Facebook said the outage was due to a technical issue. Major websites can also sometimes crash if content delivery networks or CDNs are not connected to the Internet. It happened in June, when one of the CDNs, Fastly, went down due to technical issues.

This caused major websites including Amazon, Reddit and The New York Times to crash.

Technical experts said that the Facebook malfunction came after accusations by a former official who exposed the site’s policy.

It is noteworthy that Facebook is facing a major crisis recently, after reports spread that it was aware of the negative effects of some of its products, including the amplification of hate, the spread of misinformation and increasing polarization. It has also been reported that Instagram, in particular, can harm the mental health of teenage girls.

In June and April of this year, the social media giant’s platforms unexpectedly experienced a similar event due to a “network configuration issue”.

Previous articleWhat are you fighting for after the ban on agricultural laws? – The Supreme Court questioned the farmers’ organization
Next articleDelhi bowlers sweating for CSK .. DC Target137

Love affair in Hyderabad .. A devil who captures a young woman and cuts her with a blade

‘Romantic’ Secret స్టార్ Star Hero who did a guest role for Puri Jagannath!