Faisal Khalil makes the event in the “First Division” 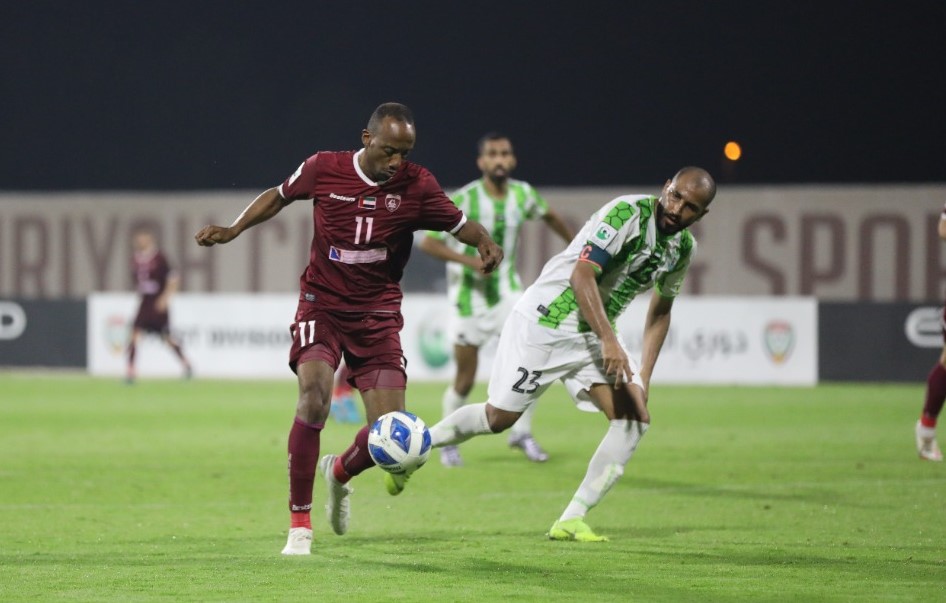 “Veteran” Faisal Khalil, player of the Hamriyah club team, made the event in the “First Division League”, and grabbed the spotlight in the 27th round of the competition, by scoring his first goals in the First Division, in the current season 2021-2022, in the match between Al Hamriya and Dibba Al Hisn, which was held Saturday, and ended with a 3-2 victory for Dibba Al-Hisn.

The former international was satisfied with Al-Sina’a in previous matches in the first league, without visiting the net, while he scored a goal in his team’s match against Gulf FC, on September 10 in the President’s Cup qualifiers.

Khalil’s fasting continued in the league since the start of the competition, to finally break his fast against the resident Syrian goalkeeper Amjad Nizar, Dibba Al-Hisn player, writing down his first goal in the league, and the second in the current season 2021-2022, and the Shabab Al-Ahly, Al-Wasl and Al-Shaab striker participated as a substitute in the 79th minute of the match. The age of the match, at the expense of the resident Egyptian Abdul Rahman Mohamed, who scored the first goal of Al Hamriya, and the veteran striker managed, less than a minute after his participation, to score the equalizer for the host.

Dibba Al-Hisn had advanced two goals to one before Khalil’s participation, but Faisal’s historic goal did not last for more than four minutes, because Al-Marboui, the visiting team’s striker, scored a third goal for Dibba Al-Hisn, to come out fourth, winning three goals for two, but Al-Hamriya’s loss did not prevent Faisal Khalil from He topped the scene and made the event, as he became the “first striker”, and the second citizen player over the age of 39, to score a goal in the Premier League during the current season.

Born on December 4, 1982, the player became the second citizen to score over 39 goals this season, after Masafi defender Saeed Al Naqbi, who scored two goals in turn.

Khalil confirmed that he was still able to score, despite his approaching forty years, and Faisal Khalil had returned to the stadiums after six years of absence, and signed a contract with Al Hamriya on August 3, 2019, and his contract was renewed twice.

Faisal Khalil is one of the most important scorers and strikers in the history of modern Emirati football. He was previously crowned the league’s top scorer with his former team, Shabab Al-Ahly, in the 2008-2009 season. He also won the award for the best citizen player for the 2007-2008 season, and was crowned with the national team with the first title at the level of the Gulf Championship. 2007.