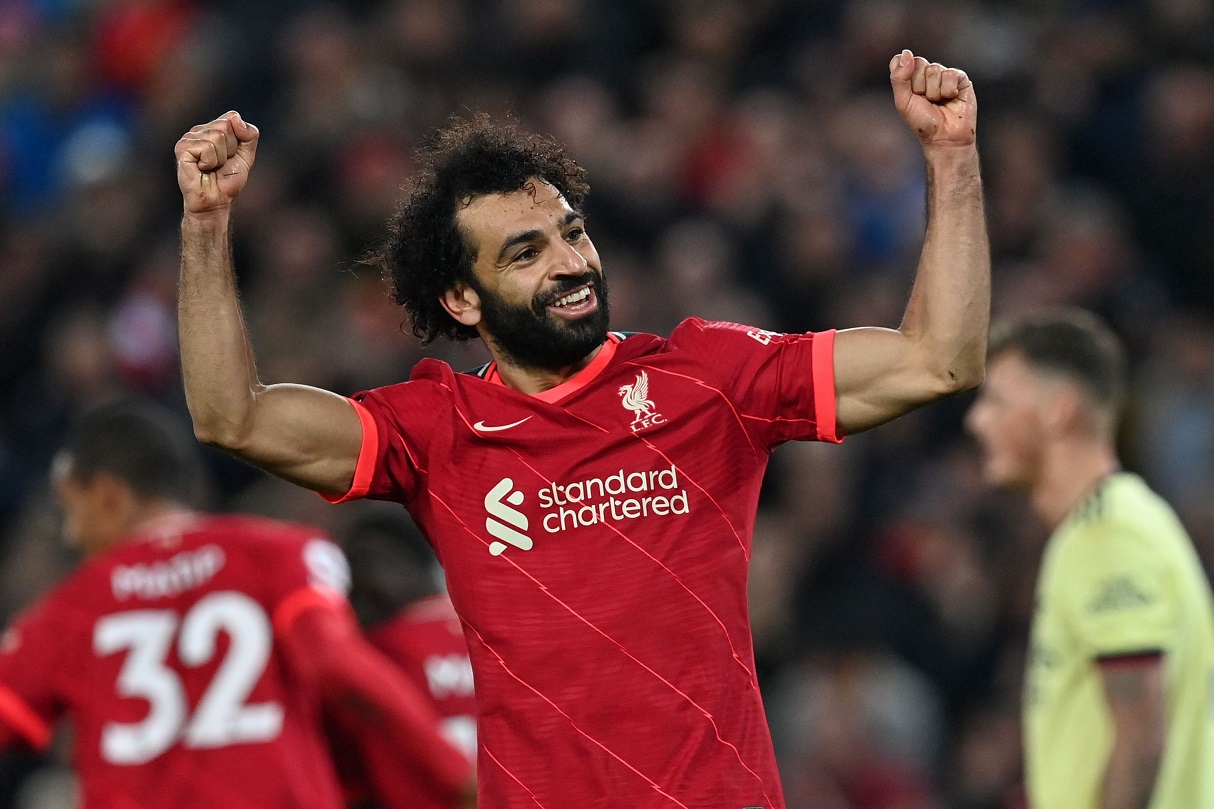 International star Mohamed Salah raised his score in the current Premier League season to 11, after he led his Liverpool team to a 4-0 victory over Arsenal on Saturday evening in the 12th round of the English Premier League.

Mohamed Salah continued to embrace the historical figures, as he also raised his scoring record against Arsenal to 8 goals in 10 matches, and he also made 7 goals, scored and assisted in 11 out of 12 matches, and the only team that did not contribute to confronting him was Burnley.

And at the level of the Liverpool season in general, Mohamed Salah scored a fantastic number, as he played 16 games in different competitions, scored 16 goals, and had seven assists, and became the only player in the club’s history throughout this period, contributing one goal every 61 minutes.

At “Anfield”, Liverpool returned its guest Arsenal to the ground after sweeping it with a clean four, to restore the German coach Jurgen Klopp’s team balance after the loss it suffered in the previous stage against West Ham (2-3), which was his first in all competitions.

The Reds ended the first half with a Senegalese goal headed by Sadio Mane after a free kick by Trent Alexander-Arnold, raising his tally to 7 goals in the league, before they bared their teeth in the second with a three-way rotation scored by Portuguese Diogo Jota (52) and then Egyptian Mohamed Salah After a pass from Mane (73) and finally the Japanese substitute Takumi Minamino after a pass from Alexander-Arnold (77).

Liverpool raised its score to 25 points in second place temporarily, while Arsenal’s balance froze at 20 in fifth place.