Far beyond it.. Al-Eryani questions the announced Houthi losses 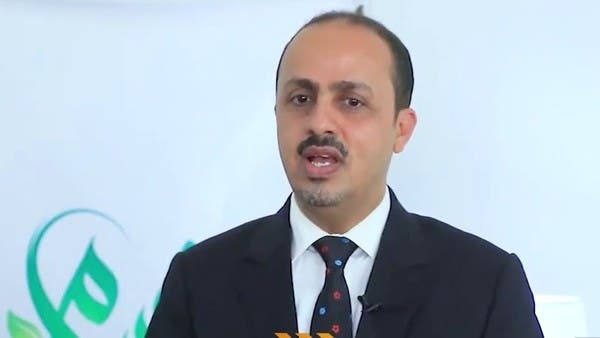 On Friday, the Yemeni Minister of Information, Muammar Al-Eryani, questioned the outcome of human losses, which the Iranian Houthi militia admitted to having killed 14,700 of its members in the Ma’rib battles since last June.

Al-Eryani confirmed, in tweets on his Twitter page, that this does not represent the real number of its human losses on the ground, which far exceed this outcome, as he put it.

He added, “The Iranian-backed Houthi militia’s announcement that 14,700 of its fighters have been killed in the battles taking place in Ma’rib governorate since last June, does not represent the true number of its casualties on the ground, which far exceed this outcome, after the mountains, deserts, valleys and plateaus of Ma’rib became mass graves of leaders and elements.” militia.”

The Yemeni Minister of Information indicated that the Houthi militia continued to involve the elite battalions and thousands of its deceived members of tribes and children in suicide attacks in the form of human waves in the Iranian way, stressing the Houthi militia’s indifference to the blood of Yemenis, including its members who offered sacrifices to satisfy Hassan Erlo (the ruler). The Iranian military in Sanaa) and the implementation of the agenda of its masters in Tehran.

Al-Eryani appealed to the sheikhs and tribes of Yemen and every father and mother in the areas under the control of the terrorist Houthi militia to stop this bleeding, and to spare the blood of the rest of their sons who are used by militia leaders as fuel to manage their absurd battles, while the looted money is accumulating in the luxurious palaces in Sana’a.

The Yemeni Minister of Information called on the international community, the United Nations, and international and American envoys to intervene to stop the mass killings of children recruited by the Houthi militia and mercilessly plunged into suicide attacks, and they constitute 30% of its total losses.

He also called for working to classify the Houthi militia as a terrorist organization and to prosecute its leaders as “war criminals.”

The Houthi militia has admitted the killing of 14,700 of its members in the Ma’rib battles since last June.

Meanwhile, the Coalition to Support Legitimacy in Yemen confirmed that 27,000 Houthi terrorist militia had been killed in the Battle of Ma’rib, adding: “They have to bear more losses.”