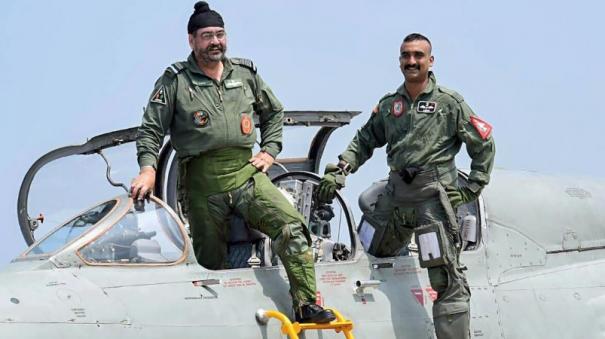 New DelhiIn 2019, 40 CRPF personnel were killed in a suicide attack in Jammu and Kashmir’s Pulwama district. In retaliation, the Indian Air Force launched an attack on a terrorist camp in Pakistan’s Balakot.

Wing Commander Abhinandan of the Indian Air Force from Chennai shot down Pakistan’s F-16 aircraft. Then the MiG 21 fighter plane he was traveling in was also shot down. Following this, Abhinandan escaped by parachute and fell into the territory of Pakistan and was caught by the army of that country. After negotiations, Pakistan released him on March 1.

Meanwhile, the MiG-21 Squadron based at Srinagar Air Force Base, where he worked, is going to retire from the service of the Indian Air Force at the end of this month.

After this, only three squadrons will have services of this MiG-21 aircraft. Later, the MiG-21 aircraft from those units will be phased out by 2025, according to the Air Force.