Farmers announce battle plan: not massively to The Hague, but prick actions 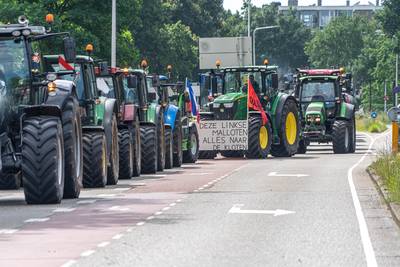 The farmers united in Farmers Defense Force (FDF) have announced their battle plan. They join the national day of action on June 22, but do not go to The Hague en masse. Until then, they will carry out prick campaigns, such as blocking a train track at the Lichtenvoorde-Groenlo train station (Gelderland) last night. “We can campaign for another six months,” said chairman Mark van den Oever.