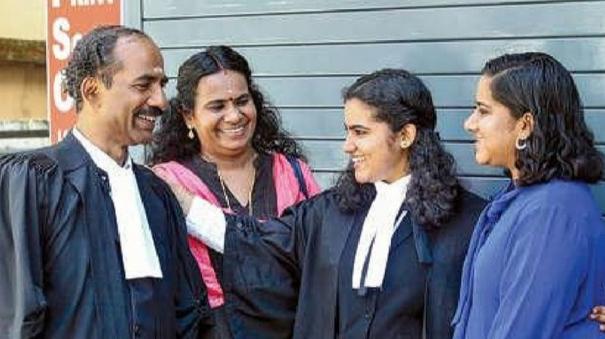 Thiruvananthapuram: Surendran (61) from Kakkad, Ernakulam District, Kerala, his daughter Ananya. Both have registered as advocates in the Ernakulam High Court on the same day.

My dream of becoming a lawyer has come true at the age of 61. When I was in class 10, my chemistry teacher pushed me to study law. Most of my classmates are doctors and lawyers. At a young age I was also impressed with the notion that lawyers are special. I was initially a college teacher. I then worked as a clerk in a co-operative bank. I retired from Aryankavu Cooperative Bank last year 2018.

Around the same time, my daughter joined law school. We have also retired. I joined the same college where my second daughter Ananya is studying so that I can fulfill my dream of becoming a lawyer. Now happy that both have registered as advocates on the same day. This has made everyone happy including my wife Radha Letchumi and elder daughter Amrita. When Ananya and I were enrolled as advocates, they also supported us. He said this.