Father of ‘laparoscopic’ treatment in India: Dr Demdon Eric passes away in Mumbai 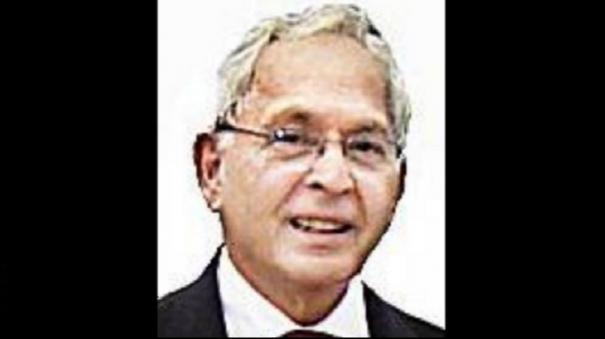 Mumbai: When the internal organs of humans are affected, the surgery is performed without cutting the body by making small incisions and viewing it on a computer screen. It is called laparoscopic or keyhole surgery.

Dr. Demton Eric Udwadia is hailed as the father of laparoscopic surgery in India. He had been suffering from health problems for the past few months.

Dr. Demdon, who was undergoing treatment at Breach Candy Hospital in Mumbai, Maharashtra, passed away yesterday at 11.15 am. He was 88. Prime Minister Modi has expressed deep condolences on Demton’s demise.

In a post he published on his Twitter page, Dr. Demton has left an indelible mark in the medical field. He is widely known for his innovation and passion for treatment.

His death is deeply saddened. I express my deepest condolences to his family, friends and medical staff who are bereaved.

Dr. Demton worked for many years at JJ Government Hospital, Byculla, Maharashtra. He was also working in the outpatient department of Breach Candy Hospital until a few months ago. In 2017, the central government honored late Dr. Demden with the Padma Vibhushan award for his outstanding medical services.

However, Dr. Dempton’s new initiative was met with opposition and criticism. “In countries like India, there should be no haste in technological matters,” they criticized.

Achievement despite the odds

To that, Dr. Dempton asserted, “If we wait until all the problems are solved, there will be no development.” He traveled the country after his first laparoscopic surgery. He met the medical profession and popularized the laparoscopic method of treatment.

Dr. Bhandarkar praised that he ran it as a movement and succeeded. The funeral of late Dr. Demton took place yesterday in Dungarwadi area. After his first laparoscopic surgery, he traveled across the country and popularized it.