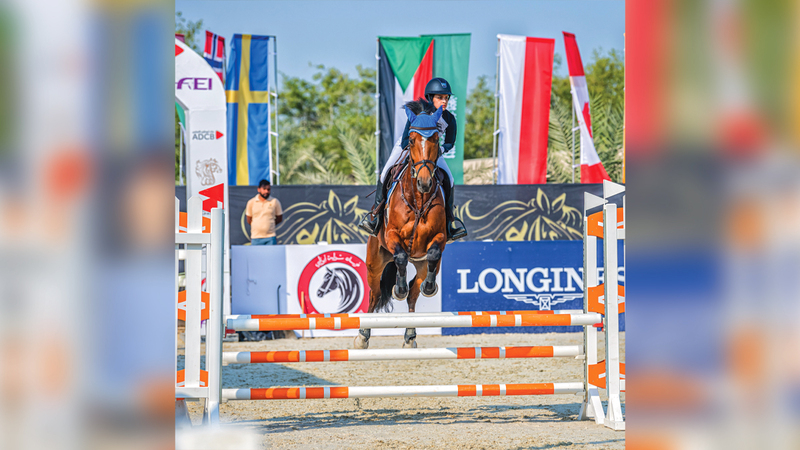 The agenda of the Fatima Bint Mubarak Women’s Sports Academy for the year 2022 witnessed momentum and intensity in various activities for all groups of women in society. Tournaments are held annually, in line with the desires of women who prefer to practice different sports, in a safe environment and appropriate privacy during events. During which the participants get to join and compete, and spend social and sports times.

One of the most important international tournaments held by the Academy was the ninth edition of the Fatima Bint Mubarak International Show Jumping Academy Cup, which witnessed the participation of more than 230 male and female riders, representing more than 20 countries, and they competed in 18 competitions in the prestigious global event, whose total prizes are worth 685 dirhams. One thousand dirhams, and it is the only tournament dedicated to women’s competitions only at the international level. After that, the Academy organized the fourth edition of the women’s blitz chess tournament that was held at the Abu Dhabi Ladies Club, where the number of participants reached nearly 100 players, including 4 players holding the title of professor. A major international, the highest title in the game.

A press release stated: “The events organized by the Fatima Bint Mubarak Academy last year accelerated, under the directives of Her Highness Sheikha Fatima bint Mubarak, Chairwoman of the General Women’s Union, President of the Supreme Council for Motherhood and Childhood, Supreme Chairwoman of the Family Development Foundation (Mother of the Emirates), and the close follow-up of Her Highness Sheikha Fatima bint Hazaa. Bin Zayed Al Nahyan, Chairwoman of the Fatima Bint Mubarak Women’s Sports Academy, President of the Abu Dhabi Women’s Club and Al Ain Women’s Club, as competitions and sports tournaments were launched, the most important of which was the first edition of the Fatima Bint Mubarak Gulf Academy Cup for Women’s Volleyball, with the participation of six Gulf teams.

In addition to the launch of the Fatima Bint Mubarak Award for Women’s Sports in its sixth edition, which is the first of its kind in the region, which mainly aims to empower women and highlight their achievements in the sports sector.

The Academy has also established special teams under its umbrella, including the volleyball and basketball teams, and the Academy’s female knights.

In addition to the effective and influential participation of the Fatima Bint Mubarak Women’s Sports Academy team, in the most important international and local conferences, such as the World Sports Leaders Summit “Leaders” in the United Kingdom, with the participation of 400 international sports leaders, and the ninth conference of the International Association for Physical Activity and Health organized by the Abu Dhabi Center public health, the Abu Dhabi International Hunting and Equestrian Exhibition, the Women’s Sports Forum, the triple community basketball championship, then the women’s community running and cycling races, and it had a prominent role in the Sports Industry Forum, in addition to participating in the Abu Dhabi Bike Festival, and the World Cycling Championship in urban areas.

The Vice President of the Fatima Bint Mubarak Academy for Women’s Sports, Dr. Omniyat Al-Hajri, confirmed that the ambition has become greater through her work recently, as the organized events witnessed a lot of demand for her, and she said: “We have talented women who are very enthusiastic about practicing sports, which reflects the development that Accompanying this sport in the Emirates, and this indicates the confidence and skills that they gain from participating in their favorite activities, and what it is based on in building distinguished heroines and developing personality and mental capabilities in addition to physical, in addition to enjoying the activities as an opportunity for social bonding, developing networks of acquaintances and spending a good time With family and friends, and dealing positively with the pressures of life, all of which will achieve many benefits for them in the long term.