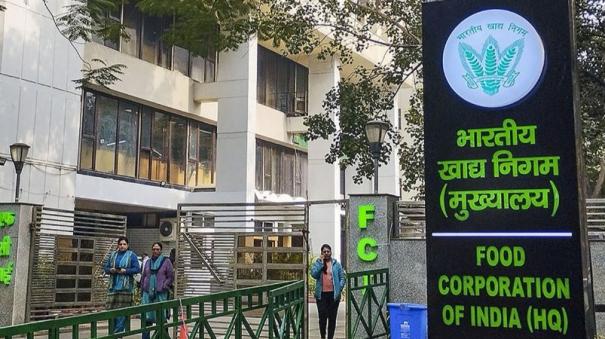 New Delhi: The CBI has registered a First Information Report that the Food Corporation of India officials in Punjab colluded and received bribes of around Rs 2 crore to Rs 5 crore for each warehouse.

The Food Corporation of India (FCI) has received complaints of irregularities in the procurement of food grains. In this regard, CBI officials conducted raids in several states including Punjab, Haryana, Delhi. In particular, the inspection was conducted to see if quality food grains were procured. Various startling information has been revealed in this.

FCI officials have received bribes to procure substandard food grains brought in trucks from private mill operators during the harvest season in Punjab and store them in warehouses. They have received bribes ranging from Rs 1,000 to Rs 4,000 to unload a truckload of food grains at the warehouse. Similarly, information has been received that bribes have been received in all the warehouses. Through this, bribe money up to Rs.5 crore has been received during the procurement of crops. The money is distributed from the superiors to the last employee. Similarly, irregularities have taken place in many FCI warehouses in Punjab.

About 14,000 trucks have brought food grains to food storage warehouses in Sangrur zone alone. They have received Rs 1,600 as bribe from the private mill operators for each truck. Similarly, in Chandigarh, FCI Manager Satish Verma, Assistant Manager Kumar Jena and many others are involved in this malpractice.

This information has been confirmed during the last 6 months of secret surveillance. After that a total of 99 places including 90 places in Punjab were raided. After that FCI officers Rajeev Kumar and Satishwarma were arrested. This is stated in the CBI First Information Report.