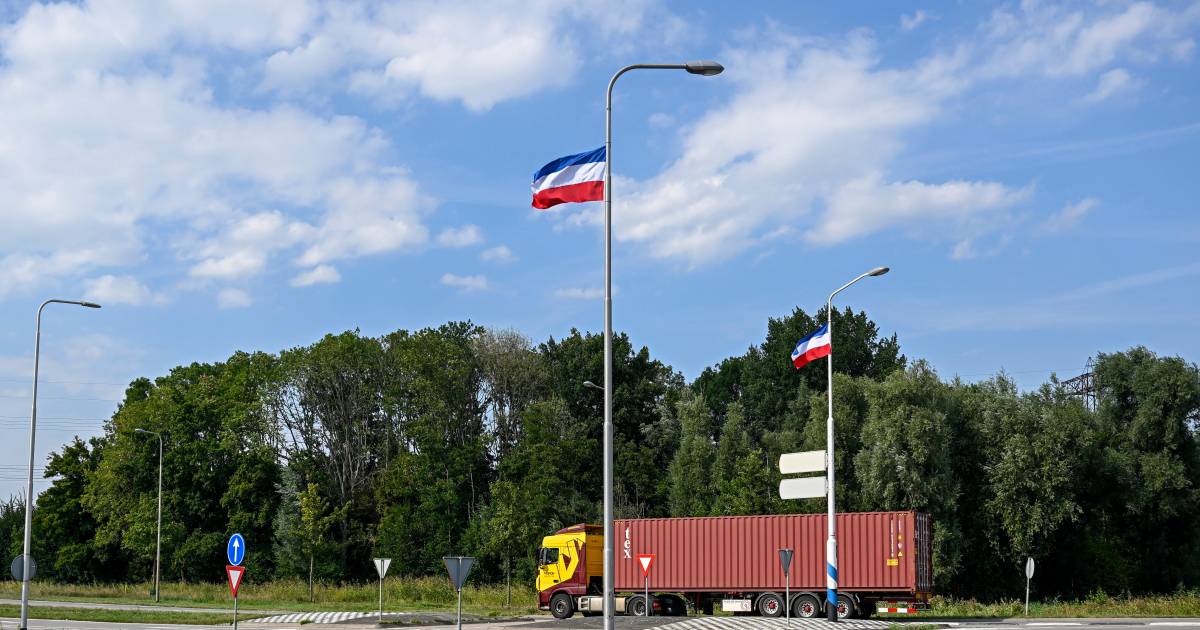 Farmers Defense Force makes an appeal to a 51-year-old woman. She was seriously injured when hanging upside down flags in the Groningen village of Gaarkeuken. ‘Send her a nice card en masse’, it sounds.

51-year-old Hennie Jansen from the Westerkwartier municipality was busy hanging protest flags on Thursday, September 1. She was standing in a so-called telehandler, a mobile crane. “Due to a combination of circumstances, Hennie was catapulted from the telehandler,” Farmers Defense Force writes in a private Facebook group.

Police said the woman suffered serious injuries and was rushed to hospital. She is still in the UMCG Groningen and appears to have been paralyzed from her shoulders. She is now available again. “She is far from there, there are still risky operations ahead,” Farmers Defense Force added.

The woman also broke her wrist in the fall. While she is badly wrinkled, she couldn’t resist to put the text ‘Boeren in Nood!!’ on her plaster arm. with an upside-down flag.

Watch our videos about the farmer actions below: