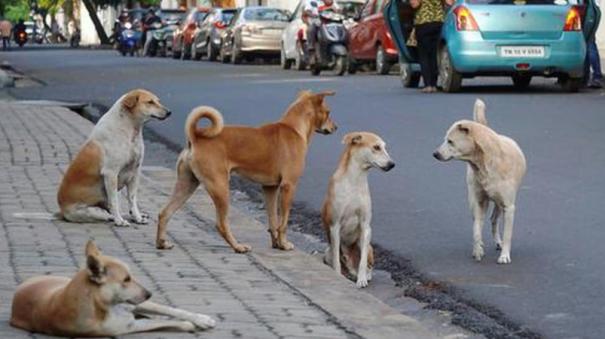 Kochi/New Delhi: It is the people who feed the stray dogs who are held responsible if those dogs bite someone. Also, the Supreme Court has ordered that they bear the medical expenses and maintenance expenses for them.

The problem of stray dogs has increased in the state of Kerala. Advocate VK Biju had filed a petition in the Supreme Court seeking an order to control it.

In which he said: Since last August, 8 people have died due to dog bites in Kerala alone. Even recently, a 12-year-old girl from Ranni, Kerala, was bitten by a dog and admitted to Kottayam Medical College. However, he died last Monday. Therefore, the Kerala government should take steps to reduce the number of stray dogs. This is what he had said. In this case, the hearing on this petition was heard before the Supreme Court bench consisting of Justices Sanjeev Khanna and JK Maheshwari.

At that time, Justice Sanjiv Khanna said, “I also like dogs a lot. Many people are giving food to stray dogs roaming the streets so that they don’t starve. The cost of vaccinating the dogs is also borne by the feeders.

Those dogs should be held accountable if they bite any member of the public.

It is necessary to find a solution to the problem of street dogs. Those who feed the street dogs should prevent the public from being bitten by them. You have to take responsibility for that. Bitten victims have to bear the cost of treatment and maintenance. Dogs infected with rabies virus should be identified and protected by the veterinary department. We will issue an interim order on the 28th in this case,” he said.

In 2016, the Supreme Court set up a commission headed by Sri Jagan to look into the issue of stray dogs, dog attacks and compensation to victims in Kerala. Later, the committee also submitted a report. It is noted that around one lakh people have been bitten by stray dogs this year and 21 people have died of rabies so far.