Fell and did not disappear: how will the cost of rest in Turkey change after the collapse of the lira 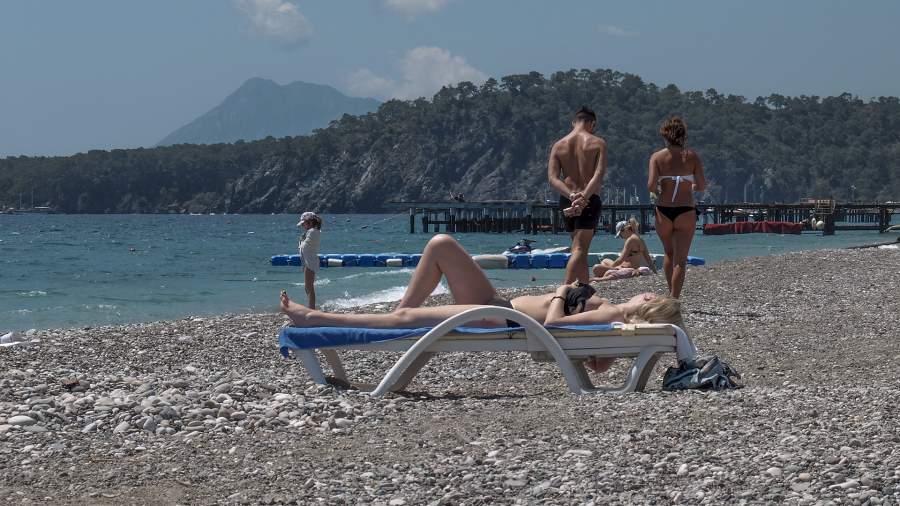 Tours to Turkey and air tickets are unlikely to fall in price due to the fall of the Turkish lira, since all calculations are made in dollars and euros. However, travelers will be able to save on food and souvenirs, the Russian Union of Travel Industry (RST) told Izvestia. On November 23, the local currency set an anti-record, depreciating against the dollar to 13.5 lira. Experts interviewed by Izvestia clarify: without the tough policy of the Central Bank and raising rates, the Turkish economy will face an increase in inflation and devaluation of the national currency. Against this background, spontaneous protests have already taken place in several cities of the country. Experts believe that the current situation is associated with a course of distance from NATO and greater independence, and that Western countries interested in weakening Ankara may be behind the protests.

Heading for the fall

On November 23, the Turkish lira updated its all-time low against the US dollar, trading at 13.45 per unit of the American currency. Since the beginning of November, the Turkish national currency has depreciated by 26.6%, and since the beginning of the year – by 43%. At the auction on November 24, the lira showed insignificant growth (by 7%), but this did not give confidence to investors.

The record drop was provoked by two factors at once: the decision of the Central Bank of Turkey to cut interest rates and the speech of the country’s President Recep Tayyip Erdogan, in which he promised to win the “economic war of independence.”

According to Reuters, Erdogan exerted direct pressure on the Central Bank to cut interest rates from 16% to 15%.

“This will increase the competitiveness of Turkish goods, which will increase exports. It will also attract investors who find the atmosphere favorable for investment. In addition, it will force people inside the country to abandon imported goods, ”Erdogan explained his position.

Against this background, the Union of Employers of Electricity and Gas Supply Stations (EPGIS) announced that from tomorrow it will increase the prices for gasoline, diesel fuel and liquefied gas by an average of 1 lira. Now a liter of gasoline in Istanbul instead of 8.67 lira will cost 9.69 lira.

Such a monetary policy in Turkey will inevitably cause another round of the inflationary spiral, said Mikhail Shulgin, head of the Otkritie Investments global research department. As a result, at some point in 2022, the regulator will be forced to sharply raise the rate according to the 2018 scenario, when the country’s central bank raised it by 8% to 24% per annum, he believes.

To slow down inflation, Turkey will need to pursue an extremely tough inflation targeting policy, says Finam analyst Andrei Maslov. At the same time, he noted: in a situation where the rise in prices exceeds 20%, and the Central Bank at the same time lowers the key rate from 16 to 15%, one can expect a devaluation of the lira. The state of affairs in the country’s economy does not seem optimistic, the expert explained.

– In any case, the sharp drop in the Turkish currency makes it cheaper against the ruble, which, in turn, is beneficial for Turkish exports. Because goods and services from Turkey will be cheaper in Russia, – noted Andrey Maslov. – It is unlikely that the final retail buyer will feel the decline in prices, but for wholesale purchases, Turkish goods will become cheaper if the currency is converted into lira during the settlement.

The current drop in the rate of the lira will not affect the cost of air tickets and tours to Turkey – all reservations are made in dollars or euros, RST Vice President Dmitry Gorin told Izvestia.

– The tourist market is used to volatility, so the cost of tours is calculated in dollars or euros. The drop in the rate will also not affect the cost of hotels. But in grocery stores and souvenir shops in Turkey, Russians will be able to save a little, – the expert noted.

Opposition parties have called on Erdogan’s government to call early elections – now scheduled for 2023. The leader of the Republican People’s Party (CHP) Kemal Kilicdaroglu said that “there has never been such a catastrophe in the history of the republic,” and blamed the incident on the president personally. Former Turkish Prime Minister Ahmet Davutoglu was even more categorical in his assessment and characterized the president’s economic measures as “treason.”

“As part of this transformation, Turkey is fighting Western-backed separatism that threatens the country’s integrity by revealing its true friends in Eurasia. Ankara is rejecting the neoliberal economic model, which is subject to manipulation by international financial circles, the politician explained.

Speaking about the protest actions in Istanbul and Ankara, where about two hundred people marched against the monetary policy pursued by the state and the Central Bank, the representative of the Vatan party noted: most of the population does not support protest actions, the main contingent of demonstrations are university students, mostly “ marginal pseudo-field groups ”.

“There is no doubt, however, that the US is trying to drag Turkey into chaos by channeling the main opposition and the various NGOs they finance into the street traffic. But people do not fall for this trick, – stated Reikhan the Duck.

According to him, holding early presidential elections in the current economic conditions “will be destructive.”

The protest agenda was picked up by the Democratic People’s Party (HDP), which is close to the Kurds. HDP co-chairman Selahattin Demirtas called on all opposition forces to unite and hold large-scale joint rallies in seven regions of the country.

However, according to Turkish political analyst Kerim Has, the protests are unlikely to lead to large-scale demonstrations – the population is afraid to openly express disagreement with the actions of the authorities.

As a preventive measure to contain the protests, Turkish authorities have already launched investigations against 271 social media accounts calling for mass protests.

– Erdogan’s supporters are still trying to hold on so that the consolidation of their power does not collapse, because they understand that if Erdogan loses support, many problems will arise. Therefore, they maintain unity as much as possible, despite differences. Plus, many people are afraid to go outside. Something is boiling in Turkish society, but it is not yet pouring out, – the political scientist noted in an interview with Izvestia.

Against the background of growing social discontent, the Turkish president may resort to his favorite strategy – to distract the attention of the population with foreign policy events, Kerim Has admitted.

“It is quite possible that Erdogan will again talk about the need for a Turkish military operation in northern Syria, but to start it he will not receive permission from the United States and Russia,” the expert said. – Foreign policy adventurism will increase. Perhaps the Turkish leader will aggravate the conflict with Greece or in Libya, where elections are coming in a month – maybe after the elections in this country a new stage of the conflict will begin.

In addition to this, the Turkish authorities will use internal political problems to create controlled chaos, Kerim Has stressed. Among the topics that are causing a significant rift in Turkish society are refugees from Arab countries and the growing irritation of the Turks. It is no coincidence that the hashtag #araplar (Arabs) topped the Turkish Twitter segment on November 24 along with the word #bankalar (banks).