Female constable who saved the life of a passenger who fell from a running train; Viral video 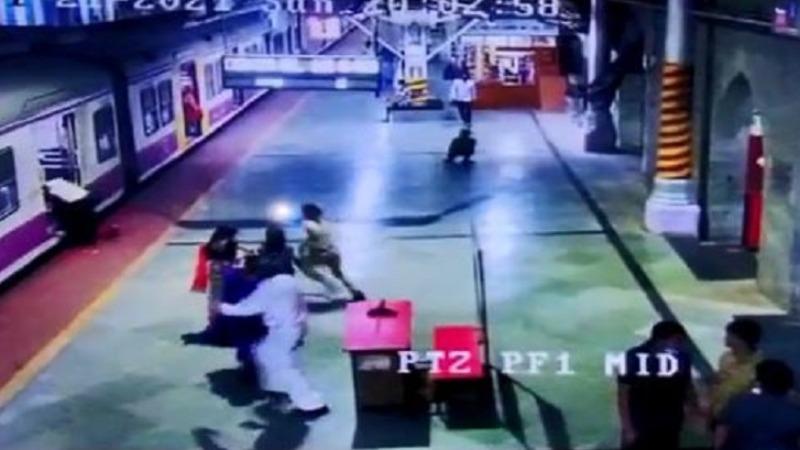 Praise is pouring in for the female constable who saved the life of a failed passenger while boarding a running train.

The video went viral on social media after being videotaped at Byculla station, a Mumbai suburban railway station.

Regarding this incident Central Railway Posting the video on Twitter mentioned:

A passenger who fell off a moving train Female Constable Ran fast and saved.

The video of the incident was shared on social media Central Railway Says:

A 40-year-old woman tried to board a train departing from platform number one at Byculla railway station. It will then be on duty to closely monitor the persons boarding the train Female Constable Sapna Kolkar noticed the passenger trying to board the train and fell down from the running train, lost his balance and immediately sped off.

The video also shows the female constable reacting quickly to the situation when the passenger fell down and was in a life-threatening situation. “

The video was released by the Central Railway and was shared by users of the social networking site. Praise has been heaped on her, including her “high performance as a female guard” and her “excellent sense of ingenuity”.