Fernandinho returns to his early club 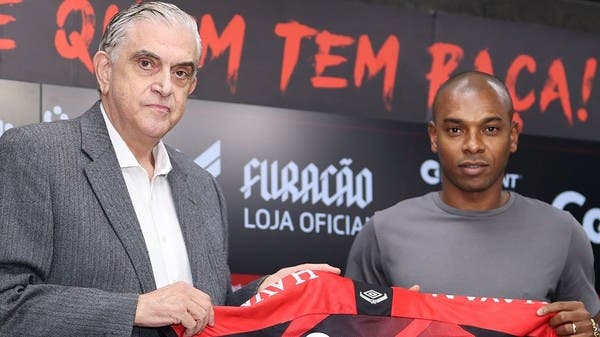 The Brazilian Fernandinho, the former Manchester City midfielder and captain, has returned to his country to defend the colors of his starting team, Atletico Paranaense, according to what the latter announced on Monday evening.

The 37-year-old, who surprised City coach Pep Guardiola by announcing his departure from the Premier League champions, after spending nine seasons with him, signed a contract with Paranaense for two and a half years.

“I am delighted to be back home, knowing that I can apply a little of everything I have achieved in these years by playing in Europe,” Fernandinho told a news conference upon his arrival in the southern city of Curitiba.

Born in Parana state and its capital Curitiba, Fernandinho started his football career at Atletico Paranaense in 2002 before moving to Ukraine to join Shakhtar Donetsk in 2005.

After eight years in Donetsk, during which he won the Ukrainian League title six times and the Ukrainian Cup four times, in addition to the European Union Cup in 2009, Fernandinho caught the attention of City.

In that period, he joined the Brazilian national team, with whom he played 50 matches between 2011 and 2019, and crowned him with the Copa America title for the South American teams in 2019 and participated in the World Cup twice.

In the ranks of City, Fernandinho won the Premier League title five times, along with the English Cup once and the League Cup six times, and contributed to his leadership in 2021 to the Champions League final for the first time in the club’s history.